Op/Ed: Trump and His Supporters Threaten to Demoralize and Demotivate Sikhs from Voting 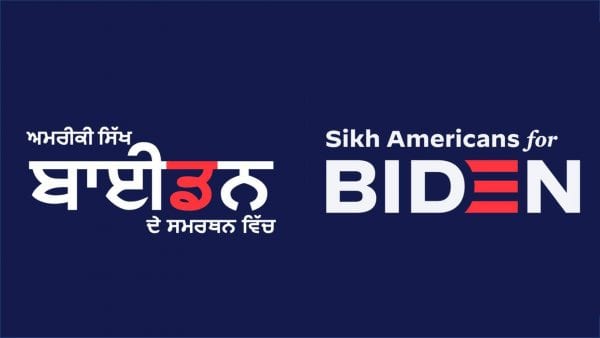 Sikh Americans all across the country are exercising their right to vote this general election and organizing like never before to support their preferred presidential candidate. Despite the group Sikhs for Trump, Sikhs, unfortunately, remain unwelcome within the Republican base. Sikhs who support Trump in 2020 fail to hold the President accountable, and are disconnected from the needs of the community.

On October 26th, the NAACP’s Cincinnati branch documented a complaint of a Sikh couple who were standing in line to vote and were confronted by an official Republican representative pointing at them and shouting “that’s why we need to build the wall higher.” It is not just the extremist elements of the Republican party that display anti-Sikh sentiment like the one expressed in Cincinnati. In fact, President Trump showed his own disregard for Sikhs during the 2016 election. Trump mocked a Sikh in attendance at one of his rallies, saying in a derogatory and mocking tone “he’s not wearing one of those hats, is he?” The supporters at the rally celebrated the disrespectful remarks by jeering and laughing, but Trump never apologized for humiliating the Sikh identity.

No candidate or political party should condone or be proud of spewing hatred at a person based on their religion. According to the most recent FBI data, in 2018 Sikhs became the third most targeted faith group for hate crimes, despite being a significantly smaller population than other targeted faith groups. Nonetheless, the current administration has done little to stop the spread of hate as the U.S. Department of Justice has devoted insufficient resources to protect the religious freedoms of minority groups. We have even seen this President discriminate against women and the LGBTQ community under the guise of protecting religious liberty.

By contrast, Vice President Joe Biden and Senator Kamala Harris have not only directly addressed the Sikh community, but they have also met with Sikh leaders to understand our needs, pledged to safeguard our communities through a multitude of substantive policy proposals, hired Sikhs to play critical roles in their campaign, and promoted dialogue that is much more inclusive of minority communities. They speak to the Sikh community with respect and adoration — because that is the way they believe all Americans should treat one another.

Vice President Joe Biden shows us that we can have a President who is able to boost our economy while simultaneously making sure we are safe from hate, regardless of what state or city we live in. Even before the pandemic, Trump’s job gains were barely keeping pace with Obama’s second term and fell short of a pledge to create 25 million jobs over the next decade. Joe Biden has a plan to address the challenges of minority business owners and entrepreneurs and he will not raise taxes on anyone making less than $400,000 a year.

The Obama-Biden Administration made history by changing U.S. Army policy to allow observant Sikhs to wear articles of faith while in uniform. Biden will seek to ensure reasonable religious accommodations across all of our armed services. Policy proposals that make workplaces fairer for Sikhs require courage. The Biden proposal to have the nation’s largest employer, the Department of Defense, allow Sikhs to serve in all branches of the military would set an example that every single workplace must be free from religious discrimination.

This election season we can show the Sikh warrior spirit by going out to vote and standing defiantly opposed to the intolerance we saw in Cincinnati. It is up to all of us to determine where Sikhs fit within this great nation and what kind of country we want for our loved ones and future generations. We will not be bullied from voting in the battle for the soul of this nation. I believe that Sikh Americans will show up in overwhelming numbers this election in order to vote for Joe Biden and Kamala Harris.

Sim J. Singh is the National Director of Sikh Americans for Biden, political partner with the Truman National Security Project, and attorney in Washington, D.C.

Only two days to go to start of historic celebrations of the centenary of the Shiromani Gurdwara Parbandhak Committee (SGPC), row over missing 328...
Read more