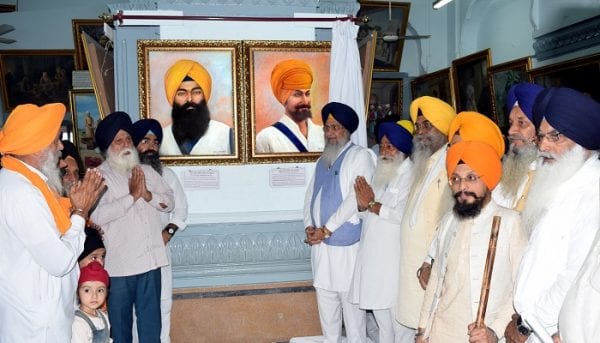 SGPC president Gobind Singh Longowal today unveiled the portraits of these martyrs following a religious ceremony in which Gurbani Kirtan was performed followed by Ardas.

Addressing the gathering on this occasion, Longowal said that the Sikhs can never forget the holocaust of June 1984. “I attended the cremation of Shaheed Bhai Mehinga Singh Babbar’s mortal remains in June 1984 along with Sant Jarnail Singh Ji Khalsa Bhindranwale and Sant Harchand Singh Longowal,” he added.

Longowal further said that the Sikhs have been continuously facing discrimination and excesses by the Indian government. “The attacks on Sikhs are continuous even after June-1984’s holocaust and November-1984’s genocide. The Sikh identity and Punjabi language are being targeted particularly,” he said while appealing to Sikhs to get united for tackling these attacks.

The family members of Shaheed Bhai Mehinga Singh Babbar and Shaheed Bhai Avtar Singh Parowal were honored with Siropaos on this occasion.