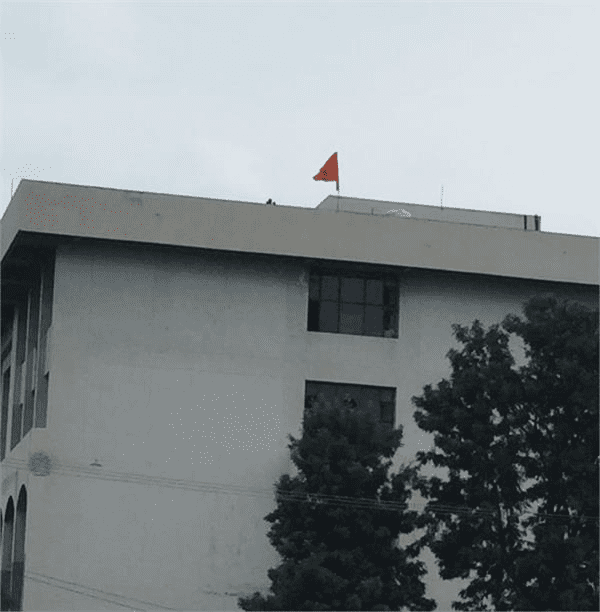 CHANDIGARH, Punjab—Indian agency National Investigation Agency (NIA) which has booked and arrested scores of Sikh youths in recent years dubbing them as “terrorists”, on October 13 conducted raids on six locations belonging to the Sikh youths arrested for allegedly hoisting Khalistan’s flag on the district headquarters of Moga in Punjab.

The flag was hoisted by two unknown youths on the terrace of four-storeyed building, besides raising pro-Khalistan slogans on the eve of India’s Independence Day falling on August 15. This had happened a day after “Sikhs For Justice” (SFJ) announced a reward of USD 2500.00 (twenty-five hundred dollars) for each one Sikh on removal of Indian Tricolor and raise Khalistan Flags at their respective Gram Panchayat Ghars on August 15th .

Punjab Police arrested Akashdeep Singh, Jogwinder Singh, Inderjit Singh, Jaspal Singh and Ram Tirath. Following the orders by the Ministry of Home Affairs (MHA), Government of India, the NIA took over the case and re-registered a case against them.

The searches were conducted in Ferozpur, Ludhiana and Moga districts of Punjab connection with RC-30/2020/NIA/DLI. The cyber café belonging to accused Jaspal Singh was also searched. During searches, various electronics items like pen drives, laptops, hard disc and other incriminating documents have been seized, said a spokesperson of the NIA.

Notably, the unknown youth cut the rope of Indian National Flag hoisted near the main gate and dragged the Indian national flag along with the rope after hoisting the Khalistan’s flag. In this regard, a case was registered at Moga Police Station vide FIR No. 136 of 2020 dated 14.08.2020. The case was re-registered by NIA as RC-30/2020/NIA/DLI under sections 121, 121A, 124A, 153A, 1538 of IPC and section 2 of Prevention of Insults to National Honours Act, 1972.

The Punjabi Ekta Party (PEP) president and Bholath MLA Sukhpal Singh Khehra along with other rebel MLAs of Aam Aadmi Party (AAP) and former AAP Patiala MP Dr. Dharamvira Gandhi were raising voice against the oppression being carried out by the state on the innocent Sikhs in the name of reviving “terrorism” in Punjab.

Besides, Giani Harpreet Singh, SGPC-appointed acting jathedar of Akal Takht, also ordered the SGPC to pursue cases of these youths. However, nothing has been done by the apex gurdwara body in this direction to save the future of the arrested Sikh youths. The gurdwara body has made only statements against the unfair arrests and registration of cases so far.