CHANDIGARH, Punjab—A month after granting protection from arrest to the killer cop Sumedh Saini in the 1991’s Balwant Singh Multani murder case, the Supreme Court of India has finally started rounding up the Punjab government for reopening a three-decades-old case while beginning hearing on his anticipatory bail plea.

Seeking Punjab government’s reply to a petition filed by Sumedh Saini challenging Punjab & Haryana High Court’s decision of rejecting his plea demanding quashing of FIR, a Supreme Court bench headed by Justice Ashok Bhushan has today questioned the Punjab government that what is the hurry to arrest Sumedh Saini in a case dating back to 1991.

It is pertinent to note here that Sumedh Saini has told the Supreme Court via his legal counsel Mukul Rohtagi that he was being targeted specifically by the Punjab government as he had registered two FIRs against the Punjab CM Captain Amarinder Singh.

Meanwhile, the Supreme Court has given three weeks to file a reply while Saini has been asked to file his rejoinder within a week.

The next hearing on Sumedh Saini’s anticipatory bail plea has been deferred for dour weeks.

In 1991, the Chandigarh police had abducted Balwant Singh Multani from his Mohali based residence immediately after an attack on Sumedh Saini in Chandigarh. Four cops deployed in the security of Saini were killed in this attack, while he survived the attack.

Later, two cops spilled the beans while turning approvers in this case after which murder charges added to this FIR.

On September 15, SC had granted protection from arrest to Sumedh Saini after he sought an anticipatory bail plea. 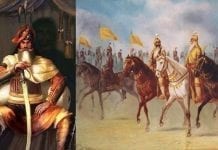