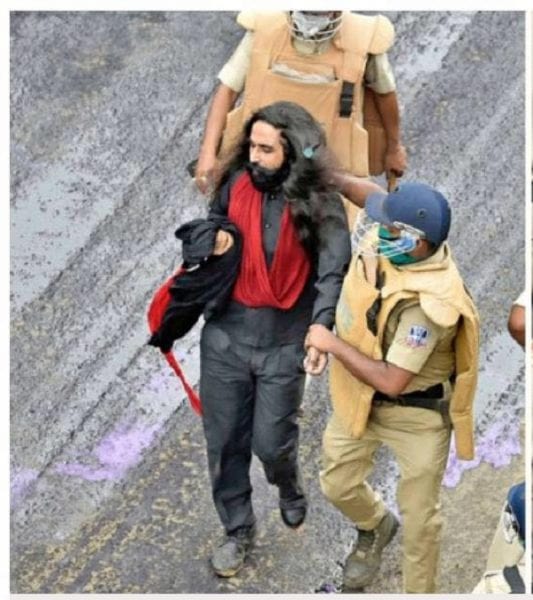 In a press note shared with Sikh24, SGPC president Gobind Singh Longowal has said that the turban is a pride of every Sikh and the turbaned Sikhs have played a vital role in defending the culture of the Indian sub-continent. “Sikhs made more than 80% contribution in getting India liberated from British rulers but unfortunately the turban of Sikhs is being targeted in India these days,” he said while recalling several other such incidents.

“Disrespect of turban is the disrespect of the entire country. The Indian PM needs to make special instructions to ensure the safety of Sikhs and the symbols of their religious faith in all over India,” Longowal said.

Meanwhile, the Punjab Chief Minister Captain Amarinder Singh also asked the West Bengal’s Chief Minister Mamta Banerjee to take strict action against the cops responsible for humiliating a Sikh security officer by disrespecting his turban and hairs. He has said that this unfortunate incident has hurt the religious sentiments of the entire Sikh community.

On October 8, West Bengal police cops had brutally thrashed a Sikh security officer Balwinder Singh while disrespecting his turban and hairs. Next day, he was sent to police remand for two days.

The incident occurred when a BJP leader named Priyangu Pandey allegedly tried to lure a clash in Kolkata while spreading communal disharmony. The victim Sikh Balwinder Singh has been working as a security officer to Priyangu Pandey.

In the video of this incident, West Bengal cops could be serenely seen dragging Balwinder Singh from his shirt’s collar and his turban goes off after which a cop again starts dragging him while pulling his hairs without giving him any chance to balance himself.