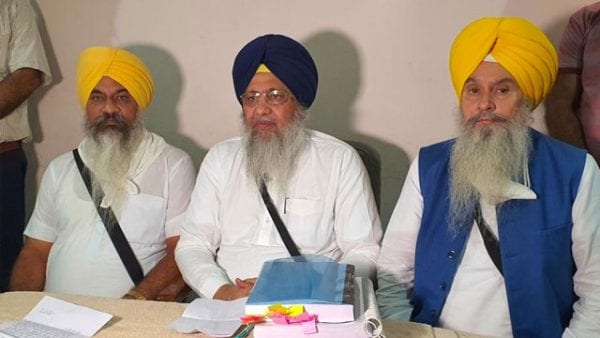 Releasing the full investigation report, SGPC president Gobind Singh Longowal said that this report will be made available on SGPC’s website by October 6 so that any Sikh could download and read it. “We had already publicized the briefing of this investigation report but now we are also releasing the full report,” he maintained while adding that action has been taken against the guilty persons.

Longowal informed that the first 680 pages of this 1000 page report contain statements of various people and several documents while the end part contains the committee’s report.

It may be recalled here that the SGPC appointed Akal Takht Jathedar Giani Harpreet Singh had appointed the Advocate Ishar Singh led investigation committee to probe the issue of missing saroops.

On the basis of this report, the persons declared guilty were let go off with a minute quantum of sentence. Due to this, there has been a widespread dissatisfaction among the worldwide Sikhs.

Scores of Sikh activists have been continuously agitating against SGPC’s attitude of defending the culprits. A protest by these Sikh activists is ongoing within the Darbar Sahib complex seeking FIRs against the guilty persons.

Till date, the SGPC has also been denying publicize the full investigation report as it is expected to unearth several inside secrets of flaws in SGPC’s working.