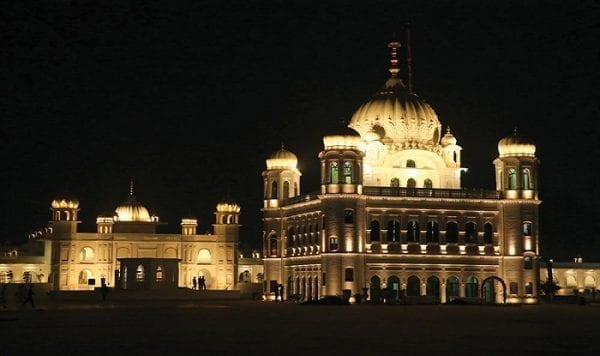 KARTARPUR SAHIB, Pakistan—In wake of overall improvement in the situation of the COVID-19 outbreak and keen interest of the general public, the Pakistan government has decided to reopen Gurdwara Darbar Sahib, Kartarpur Sahib, for all.

After the pandemic stir, local visitors were not allowed to visit the last resting place of Sikh religion’s founder Guru Nanak Sahib earlier. As per the notification issued by the Ministry of Religious Affairs and Interfaith Harmony, Government of Pakistan, on October 2, the local people of Pakistan can also visit the Gurdwara, which is one of the major shrines of Sikhs in the world.

“Local visitors are allowed daily from dawn to dusk, subject to the observance of precautionary measures/SOPs on Covid-19”, reads the second point of the notification signed by Imran Rashid, Deputy Secretary (EP).

To commemorate 550th Parkash Gurpurb (birth anniversary) of Guru Nanak Sahib, Pakistan government opened a corridor in November last year for the followers of Guru Nanak, who are based in the Indian union, to provide them visa-free access to the historic gurdwara. The corridor links the Gurdwara which is four kms away from India-Pakistan international border in Pakistan territory, to the historic Sikh town Dera Baba Nanak which is situated along the border in the territory administered by India.

In view of the COVID-19 outbreak that has engulfed the entire world, the home ministry of India had suspended the pilgrimage through the corridor from March 16 this year. On the other hand, all the worship places including Kartarpur Sahib had been closed to the public in Pakistan as well due to the outbreak.

It’s been three months, the Indian government has not lifted the suspension yet, despite requests made by Sikh leaders including Giani Harpreet Singh, SGPC-appointed acting jathedar of highest Sikh temporal seat, Akal Takht, and SGPC president Gobind Singh Longowal.

Recently, Jot Jot Gurpurb of Guru Nanak Sahib was observed at Kartarpur Sahib by the Pakistan Sikh Gurdwara Parbandhak Committee (PSGPC) on large scale from September 20 to 22 first time after opening of the corridor. The PSGPC had requested the Indian government to allow the devotees living in India to take part in the ceremonies held to observe the gurpurb, but the request was not considered.