Op/Ed: Sin of India’s Pious Yogi and a Look At Some of the Most Brutal Gang Rapes in the Country 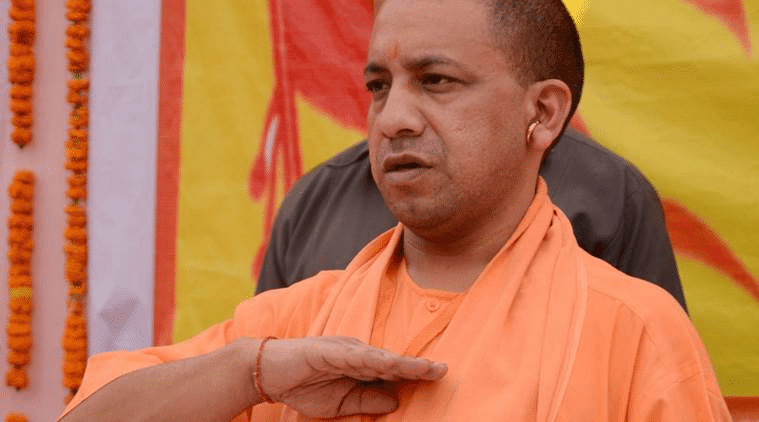 A 19-year-old Dalit woman from Hathras (a city located in Uttar Pradesh, home of the Hindu extremist leader Yogi Adityanath) was raped by four men and cremated by the Police during wee hours. The entire episode has taken brutality against women to a new height in India where acts of raping are becoming very common.

In Delhi’s Safdarjung Hospital, the girl succumbed to the critical injuries on September 29 (Tuesday) morning after battling with life on a ventilator for three days. She had been referred from Aligarh’s Jawaharlal Nehru Medical College to Delhi. Her spinal cord was broken and her tongue cut off by the perpetrators, as per the media reports.

The UP Police who ruled out that it was an act of gangrape and her tongue was chopped off, forced her cremation in the dead of the night after locking up her family. District officials contended that they had consent from the woman’s family, but the manner in which the developments took place raised questions over the conduct of the administration and law enforcement. The cremation was carried out at 2.30 am amid heavy deployment of police, who stopped locals and the media from approaching the site.

This entire episode that exhibits a clear example of how the state plays a role in the brutality, has triggered anger across the world. It appears that the Yogi Adityanath government is trying to suppress the collection of additional forensic evidence and prevent the ballooning of protests. The police have acted as a feudal force with brazen impunity.

This gangrape incident gets added as another chapter to the brutality against the women in this country. This has also proven that the atrocities being carried out by the so-called upper castes against the so-called low castes have not ended yet. The inhuman discrimination against the underprivileged Dalit class is still going on unabated in most of the states in India.

Following are a few examples of the brutal rape incidents that took place in recent years:

The student boarded an off-duty bus at around 20:30 local time on 16 December 2012 with a male friend. They were returning home after watching a film at an upscale mall. The six men, who were already on board, attacked the couple, taking turns to rape the woman, before brutally assaulting her with an iron rod. Her friend was beaten. All the six culprits were arrested. One of them, Ram Singh, committed suicide in jail. Four of them were sentenced to death, and the juvenile was sent to a remand home and released in two years.

The Unnao rape case refers to the gang rape of a 17-year-old girl on 4 June 2017 in Unnao, Utter Pardesh. On 16 December 2019, former BJP member Kuldeep Singh Sengar  was convicted for the rape and on 20 December sentenced to life imprisonment. Further Sengar was found guilty in the death of the girl’s father in judicial custody. The girl’s family filed a complaint, but no official took note of it. After the girl’s father raised the matter, he was allegedly framed in a false illegal arms case on April 3, 2018. Five days later, the complainant attempted suicide in Lucknow and the following day her father died in judicial custody in Unnao jail, succumbing to injuries sustained in an alleged assault by Sengar’s supporters.

An 8-year-old Muslim girl, Asifa Bano, was kidnapped, rape, and murder of in Rasana village near Kathua in Jammu and Kashmir  in January 2018.  She disappeared for a week before her body was discovered by the villagers a kilometer away from the village. The incident made national news when charges were filed against eight men in April 2018. The arrests of the accused led to protests by the Hindu political outfit Panthers Party, along with other local groups.  One of the protests, in support of the accused, was attended by two BJP ministers, both of whom later resigned. Leaders of the BJP leadership of Kathua and right wing organization Hindu Ekta Manch came in support of the convicts. Prime convict Sanjhi Ram was caretaker of a Hindu temple where the girl was kept after kidnapping.

In November 2019, the gang rape and murder of a 26-year-old veterinary doctor Priyanka Reddy in Shamshabad, near Hydrabad,   sparked outrage across India. Her body was found in Shadnagar on 28 November 2019, the day after she was murdered. The police gunned her four rapists down in an early morning encounter at the very site where the victim’s remains were found.

A 22-year-old photojournalist who was interning with a magazine in Mumbai, was gang raped by five men, including a juvenile, when she had gone to the deserted in Shakti Mills, Mumbai. the court gave the death penalty to the three repeat offenders in the photojournalist rape case in 2014. The other two convicts were given life imprisonment.

:dateline:The office of the Indian Home Ministry has constituted a high level committee (HLC) to celebrate the 400th Parkash Purab of the ninth Sikh...
Read more