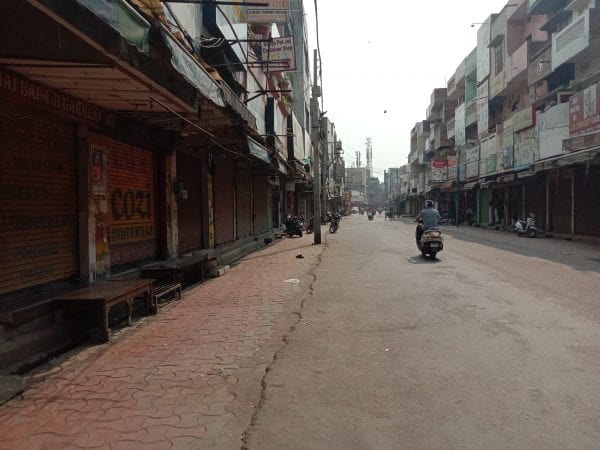 CHANDIGARH, Punjab—Punjab shutdown call given by the farmer organizations in protest against three anti-farmer laws being enacted by the BJP-led Union government of India, today got good response across the state with countless demonstrations being organized in all the cities, towns, and villages against the would-be laws.

Shops, outlets, private offices, and banks remained closed in almost all the cities and towns, while services of essential commodities also got hit. Buses and other modes of public transport remained off the roads throughout the day and rare commuters were seen on the roads. 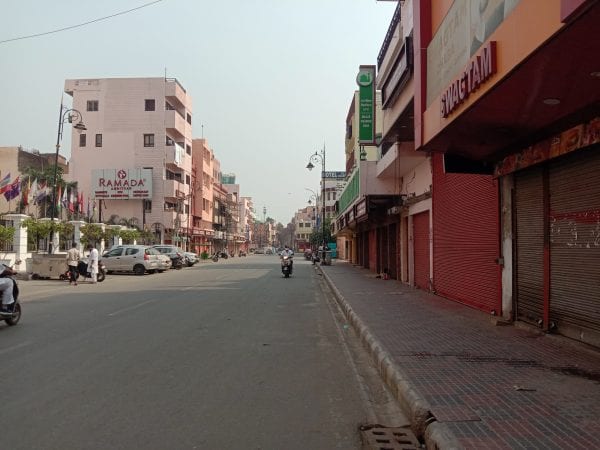 The farmer organizations rising above the ideological differences and political affiliations staged protests at various places in the state along with the arhtiyas (commission agents) and mandi labourers who are also set to be hit by these laws.

Barring Shiromani Akali Dal (Badal) leaders who blocked the roads separately under the programme of ‘chakka jam’, representatives of all the political parties including ruling Congress, Aam Aadmi Party (AAP), Panthik parties and left parties made their presence at the sits-in stated by the farmers in their support.

Pertinently, the people gathered on the national highway (NH-1) at Shambu barrier which is situated on the borders of Punjab and Haryana near Rajpura town. Several filmy artists, Punjabi singers, social activists and student leaders turned up there to address the people and mobilize them against the bills which have the potential to destroy the livelihood of many sections of the society.

Notably, Pathankot was an exception in terms of response to the call. Residents of Pathankot which is dominated by the Hindu community and stronghold of the Hindu right-wing party BJP, reacted to this shutdown call differently and kept all the commercial outlets and shops open. Routine life was normal there, though demonstrations were held there too.

These bills—Farmers’ Produce Trade and Commerce (Promotion and Facilitation) Bill, 2020, The Farmers (Empowerment and Protection) Agreement on Price Assurance and Farm Services Bill, 2020 and the Essential Commodities (Amendment) Bill, 2020—have been passed by the Parliament of India and sent to President of India, Ram Nath Kovind, for final stamp.