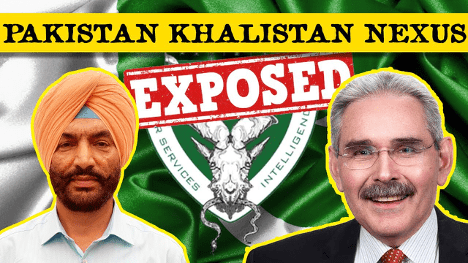 Sukhi (Sukhjit) Chahal, California based Chairman of the “Punjab Foundation”, has been in the news recently as vocal supporter of Terry Milewski. Controversial retired CBC reporter Terry Milewski, who authored the report “Khalistan:  a Project of Pakistan” for Canada’s Macdonald Laurier Institute appeared on Chahal’s YouTube channel “Khalsa Today” to be interviewed about his work.

Chahal himself has been featured in Indian media reports as a US NRI opponent of Khalistan.

While Chahal claims that he opposes Khalistan due to his allegiance and loyalty to India, those familiar with Sukhi Chahal know that he has a very controversial and checkered past.

Why Did Sukhi Chahal Leave India?

Sukhi Chahal has been successful in the IT field and has held positions in several prominent IT companies.  Chahal’s past would have remained hidden had he not been arrested by the Punjab Police during a trip to India in January 2012.  Chahal was wanted for allegedly having tried to extort Rs. 10 lakh ($13,500 USD) from Congress Party leader Malkit Birmi in 1992 during the Punjab assembly elections.  According to the Punjab Police, Chahal had posed as a member of the Babbar Khalsa or Khalistan Commando Force during the attempt and was arrested when he had come to pick up the ransom. 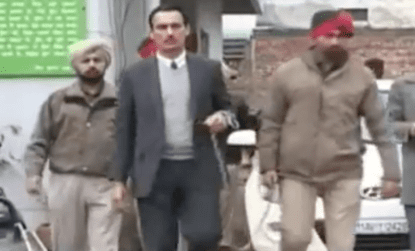 After his arrest, The Tribune reported that according to Dilawar Chahal, Sukhi’s elder brother and Jaspreet Sidhu, a college friend, Sukhi Chahal had been arrested in a case of extortion by Gurmeet Singh Pinky.

According to the report, “Sukhi Chahal cooperated with the police and gave the names of all his associates and became a police informer and in return, he was spared,” said the NRI’s elder brother. He was acquitted by the court. After that, he fled to the US and applied for political asylum, which he managed to get and became a US citizen.” 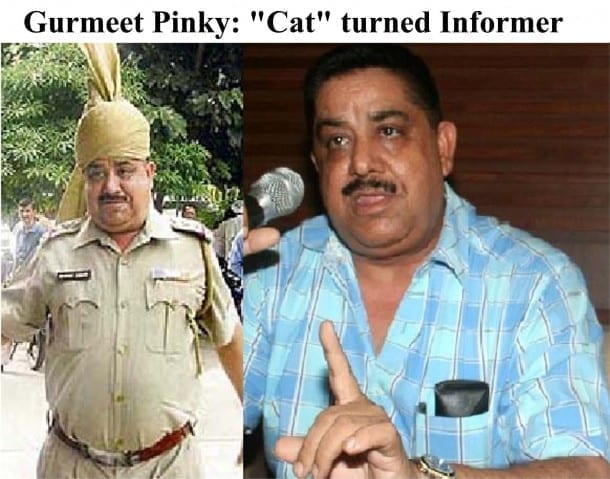 Gurmeet Pinky has himself been in the headlines lately as a witness to the Balwant Singh Multani case in which former Punjab Police DGP, Sumedh Saini has been charged with murder.  Pinky has confessed to his and the Punjab Police’s involvement in the illegal detention, torture, and murder of Sikh youth suspected of being involved in the Khalistan movement. In December 2015, India’s Outlook magazine published an expose entitled “Confessions of a Killer Cop” in which Pinky described various cases of custodial torture and murders and also how individuals were turned into “cats” or police informers.

According to Sukhi Chahal’s own brother and friend, he was a police Cat who assisted notorious Punjab Police officer Gurmeet Pinky and in return was spared and allowed to escape to the US. Chahal arrived in the USA in 1992 and successfully applied for political asylum.  It has been reported by the Tribune that shortly after his arrival to the USA, Chahal allegedly ‘molested’ an NRI woman at a community centre in California and was subject to a restraining order as a result.

Chahal was granted bail in the Birmi case in March 2012.

In a surprising turn of events, in May 2012, the Punjab & Haryana high court cancelled the FIR against Chahal after he reached a compromise with the complainant, Malkit Birmi.  Sukhi and Birmi informed the court that they were “from the same family and had now settled down with each other in all aspects”.

After his return from India, Sukhi Chahal first returned to the spotlight for his work on India’s “blacklist.’ The blacklist is a list of Sikhs who are not permitted to return to India due to their alleged involvement in the Khalistan movement.  Chahal’s name began to appear in 2017 as an individual working with the Government of India to remove names from the blacklist.

Somewhat unexpectedly, Chahal has become much more vocal in his opposition to Khalistan over the past several months.  In July 2020, India’s ANI news published a report, “Sikh youth going abroad getting radicalised by Khalistanis in the West: Sukhi Chahal”.  In the report, Chahal rails against Pakistan as being responsible for the Khalistan movement.  The article states, “Chahal believes that Khalistan is not the demand of Sikhs, but is a creation of Pakistan’s ISI”.

It was also in July 2020 that Sukhi Chahal launched his YouTube Channel “The Khalsa Today” with videos such as “Busting the Khalistan Myth” and “1984:  Realities & Myths”.

Come September 2020, Sukhi, now wearing a turban and sporting a full beard instead of just his trademark moustache, was seen interviewing Terry Milewski about his report “Khalistan:  a Project of Khalistan“.  He also appeared on an ‘expert panel’ organized by the New Delhi based think tank, ‘Law and Society Alliance’ titled “Khalistani Terrorism & Canada.”  Milewski was another of the featured ‘experts’. 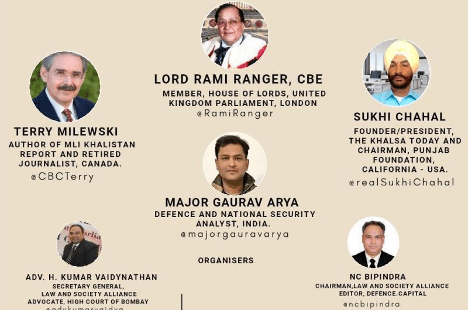 As reported by the CBC, BBC and others, India has been known for orchestrating fake news and pushing false narratives.  This particularly applies to the narrative of ‘extremism’ and Sikhs in Canada.  Planting and promoting fake news stories is a long-standing Indian strategy.  But it is certainly curious how a man who allegedly once extorted money as a member of the Khalistan Commando Force and arrived in the US as an asylum seeker has unexpectedly now become one of the most prominent and showcased opponents of the Khalistan movement.

And amongst all the possible interviews available, why did Terry Milewski choose Chahal to talk about his ‘report’?