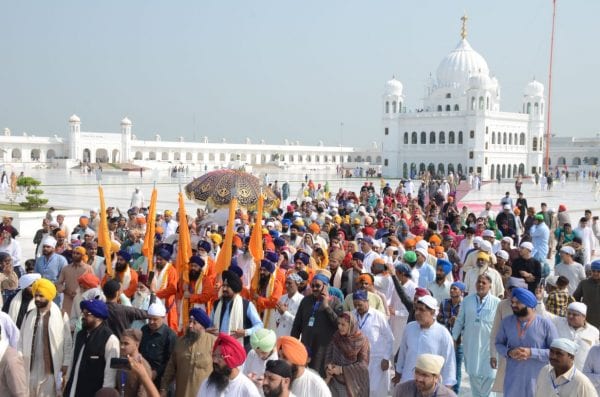 KARTARPUR SAHIB, Pakistan—First time ever after the opening of Kartarpur Sahib corridor, Joti Jot (immersion in the eternal light) Gurpurb of Guru Nanak Sahib, founder of the Sikh religion, was observed with full religious zeal at Gurdwara Darbar Sahib, Kartarpur Sahib, in Pakistan today and a grand nagar kirtan (Sikh procession) was taken out on the corridor from the gurdwara to zero point along Indo-Pak international border in vicinity of Dera Baba Nanak town.

The corridor, which is visa-free access for the devotees living in Indian union to visit one of the major Sikh shrines in the world and was a long pending demand of the Sikhs, was opened in November last year on 550th Parkash Gurpurb of Guru Nanak Sahib. This shrine is the last resting place of Guru Nanak Sahib.

Though the Indian government did not allow the followers of Guru Nanak Sahib to visit the gurdwara on this historic occasion despite repeated requests made by the Pakistan Sikh sangat, a large number of the followers reached there from different parts of West Punjab, Khyber Pakhtunkhwa and Sindh provinces of Pakistan. They also took part in the nagar kirtan as well.

The nagar kirtan left for the zero point at 8.00 am. The Pakistan government provided luxury buses and other vehicles for this procession. At the zero point, Gurdwara Darbar Sahib’s head granthi Bhai Gobind Singh along with sangat did ardas facing the Dera Baba Nanak which is also a historic town and home of various Sikh shrines. They prayed for resumption of the pilgrimage through this corridor which is closed by Indian government on the pretext of Covid-19 outbreak. After the ardas, the process moved back and culminated at the same Gurdwara Sahib. 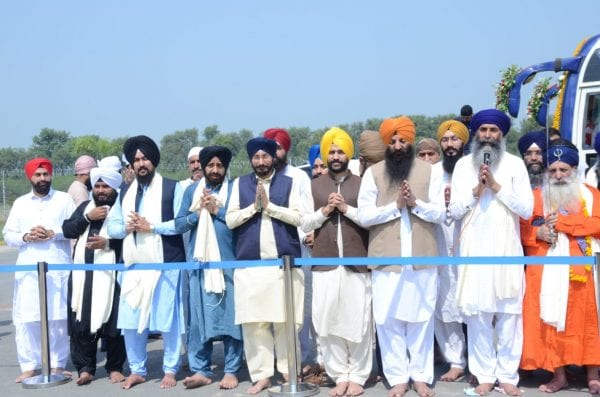 The concluding ceremony was held in Diwan Asthan from 12.00 pm to 1.00 PM. Narowal University Vice Chancellor Dr Tariq Mehmud was the Chief Guest. The speakers highlighted the efforts of Pakistani government and condemned Indian government for not allowing pilgrims through the Corridor to attend such an important event.

In view of the Covid-19 outbreak that has engulfed the entire world, the home ministry of India had suspended the pilgrimage through the corridor from March 16 this year. On the other hand, all the worship places including Kartarpur Sahib had been closed to the public in Pakistan as well due to the outbreak. 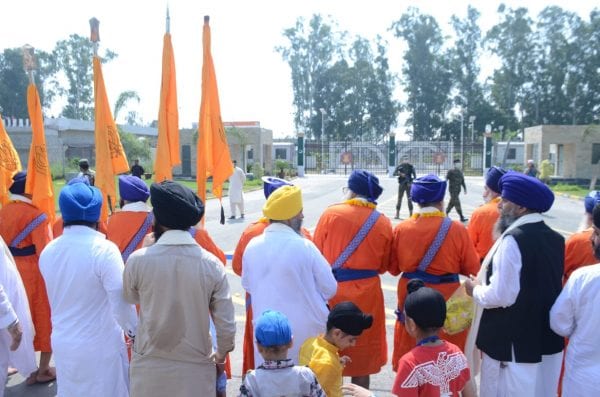 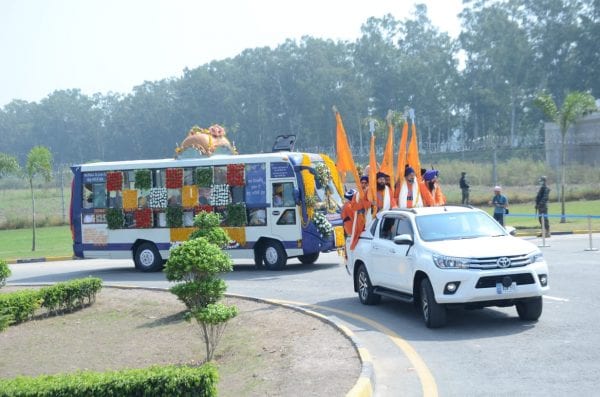