AMRITSAR SAHIB, Punjab—After facing backlash for attacking the Sikhs who were agitating peacefully for justice in the case of missing 328 Guru Granth Sahib’s saroops and blocking one of the entrances of Sri Harmandar Sahib with 12 feet tall barricading on three key points, the Shiromani Gurdwara Parbandhak Committee (SGPC) today late evening removed and cleared the way to the holiest Sikh shrine.

The act of blocking the entrance of Sri Harmandar Sahib remained a hot topic even today as the sangat coming to pay obeisance there was facing inconvenience. Besides, Gurdwara Atal Rai Sahib and two serais were cut off from the main shrine complex. Thus, the sangat was not able to visit this gurdwara or had to visit it from a distance from outside. 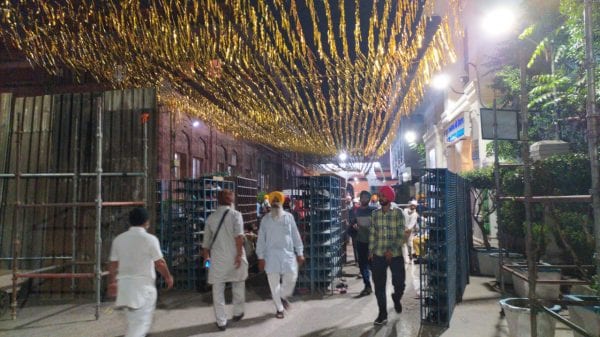 The SGPC office bearers yesterday assured the agitating Sikhs to lift the blockade if they shift their morcha from its main gate to the verandah situated in front of it. The agitators shifted the morcha with immediate effect but the SGPC did not remove the barricading that was aimed at isolating the morcha, the whole day.

After the news channels kept on pointing out this barricading and highlighting the inconvenience faced by the devotees, the SAD (Badal)-controlled SGPC finally decided to lift the blockade late evening. 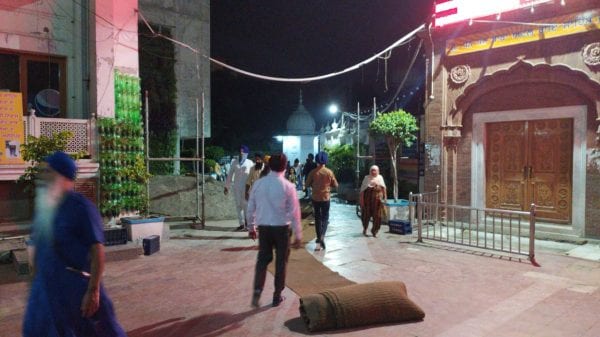 On the other hand, the morcha entered day 3 with several Sikh leaders including few representatives of Nihang Sikh organizations also made their presence to support the cause of the morcha. Besides, their representatives lodged a formal complaint to Amritsar Police Commissioner Sukhchain Singh Gill seeking criminal cases against the SGPC officials and other employees indicted in the inquiry report of the case.

However, the morcha will continue until the SGPC executive committee does not revoke its resolution backtracking from filing the criminal cases against the culprits. Ascertaining the whereabouts of the missing saroops is also their major demand.

To destroy the evidence of the attack on Sikh demonstrators and media persons, the SGPC employees were seen tampering with CCTV cameras installed on the spot, that recorded the entire incident took place yesterday.

Notably, other sections of the Sikh bodies including Shiromani Akali Dal (Amritsar), Dal Khalsa and Akal Federation is also holding a meeting at Akal Takht Sahib tomorrow to chalk out the action plan ensure justice to the Sikh community in this matter which was initially brought to fore by Justice (retd) Ajit Singh Bains-led Punjab Human Rights Organization (PHRO) on June 26 this year.