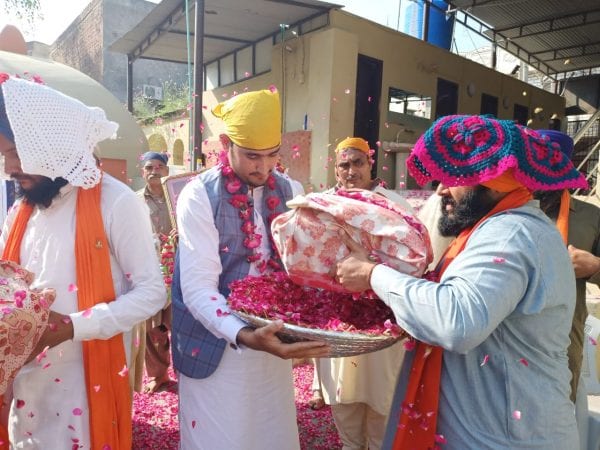 LAHORE, Pakistan—A Muslim family which was taking care of around 100-year-old two holy saroops of Guru Granth Sahib in the Gujrat city of Pakistan, today respectfully handed these saroops to the management of the historic Gurdwara Babe Di Ber at Sialkot.

Sikh24 learned that as many as three generations of the family have taken care of these saroops. After they brought these saroops to the gurdwara, a ceremony was organized on the occasion. The saroops were accorded with a warm and zealous welcome as per Sikh traditions. 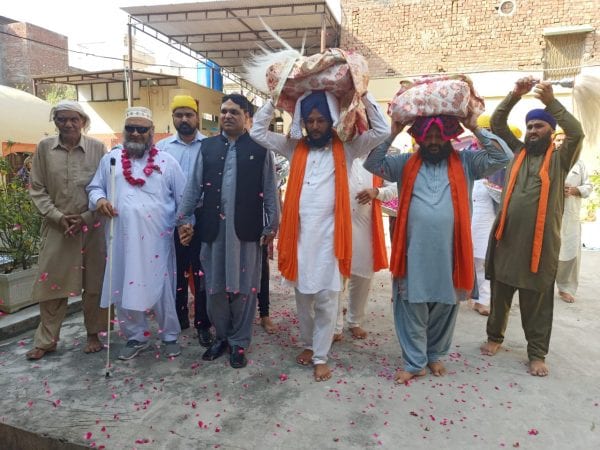 While speaking on the occasion, a Muslim leader said, “Irrespective of policies of Pakistan’s governments, the people of this country stand with the Sikh community. We will ensure that the interests of the Sikh community will be safe”.

The family and all the Muslim dignitaries were felicitated with ‘siropas’ (robe of honour) and kirpan (sword) by the Sikh leaders of this area. Parkash (installation) of the saroops was also done and gurbani was recited from them during the ceremony attended by local Sikh sangat. 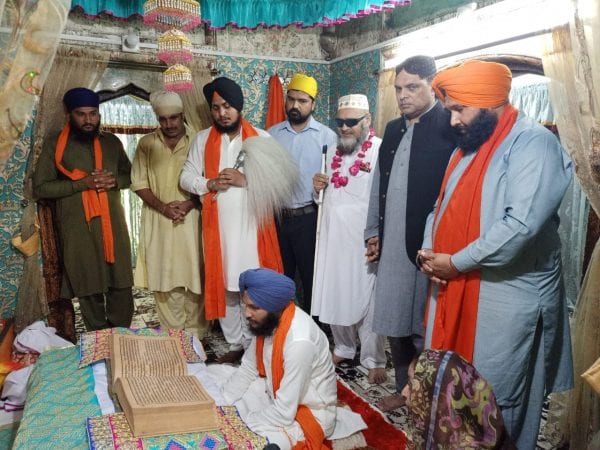 Though Pakistan is considered as a vulnerable country for minority communities such as Sikhs, Hindus, and Christians, with the occurrence of their persecution but this kind of gesture from the Muslims keeps their morale high and creates a sense of security. The speaker said that most of the Muslims want this country to be safe for minorities, which is needed to improve its reputation on an international level.

Ever since Imran Khan of the Pakistan Tehreek-e-Insaaf (PTI) formed government here, the minorities are feeling safe comparatively as this government has been taking a special interest in restoring shrines related to Sikhs and Hindus. The opening of Kartarpur Sahib corridor, a long pending demand of the Sikh community, was also one of the parts of the policy adopted by this government for safeguarding the minorities. 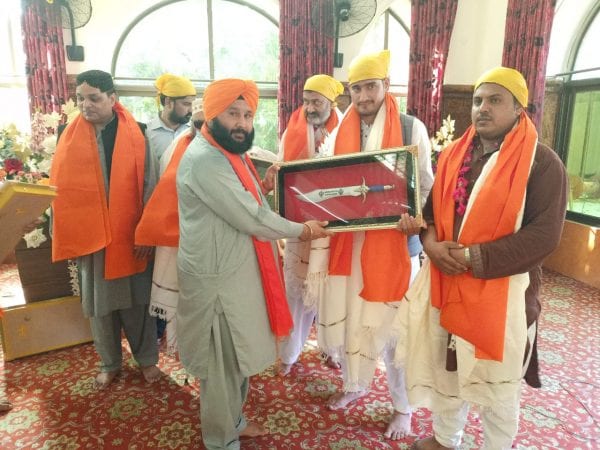 Besides the corridor that provides the Sikhs living in the Indian sub-continent a visa-free access to Gurdwara Darbar Sahib, Kartarpur Sahib, the last resting place of Sikh religion’s founder Guru Nanak Sahib, this government has restored some other historic gurdwaras as well, including Gurdwara Choa Sahib. Besides, the 550th birth anniversary of Guru Nanak Sahib was celebrated on a large scale in November last year.

Next year, the centenary of Saka Nankana Sahib (massacre of Nankana Sahib) is also being observed on a large scale and for which preparations have started. The Pakistan government has offered to issue as many as 10000 visas to the Sikhs for this event.