CHANDIGARH, Punjab—The apex Sikh body Shiromani Gurdwara Parbandhak Committee has constituted a sub-committee to take action against its employees who have been held guilty for missing saroops of Sri Guru Granth Sahib Ji in the publication department. 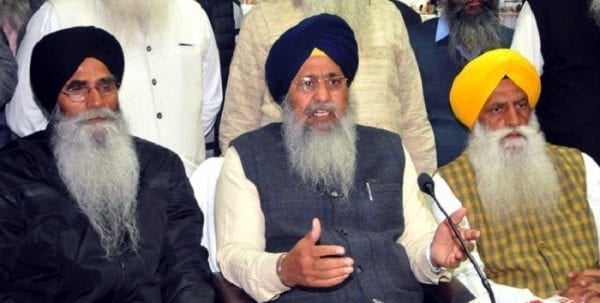 In a press note shared with Sikh24, SGPC president Gobind Singh Longowal has said that a panel of advocates has been constituted to decide the action to be taken against “the guilty SGPC employees” as it is an extremely sensitive issue.

“As per the decision of SGPC’s executive committee, we have started taking steps to take legal action against the guilty employees,” he added.

Giani Harpreet Singh, the SGPC appointed interim jathedar of Akal Takht Sahib had earlier lashed out on the SGPC on the issue of missing saroops.  Giani Harpreet Singh said that the SGPC has kept its publication department under which the saroops are printed, reserved for the employees who are perceived as corrupt, insincere, and incapable. According to him, this was also a major reason behind the irregularities, fabrication, and manipulation in the record related to Guru Granth Sahib’s saroops.