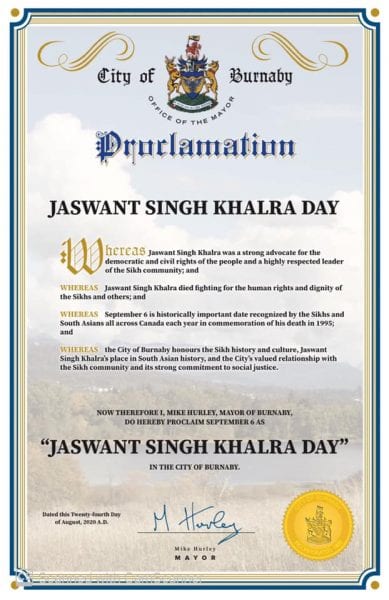 Human rights activist Jaswant Singh Khalra had unearthed the mass level genocide of innocent Sikh youths by publicizing thousands of records in the registers of various crematoriums in Amritsar district (including Tarn Taran). The Punjab police had registered the dead bodies of thousands of innocent Sikh youths as “unidentified” in these registers.

Sardar Jaswant Singh Khalra had anticipated that more than 25,000 dead bodies of innocent Sikh youths were cremated by the Punjab police in Amritsar district alone.

During his visit to Canada, Jaswant Singh Khalra had taken up this issue before the Canadian politicians after which he came under the scanner of the Indian state. He was offered residency in Canada, which he refused so he could continue his work in Punjab.