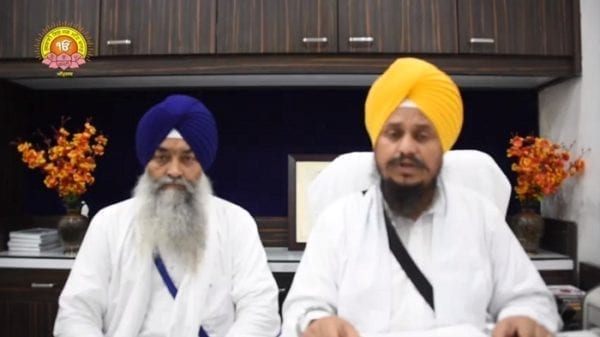 “No one will be spared whosoever comes out to be guilty irrespective of his post within the SGPC or any political party,” he said while directing the SGPC to submit a report after an independent inquiry into this issue.

Besides it, Giani Harpreet Singh has also directed the SGPC to follow up the legal proceedings of the Sikh youths being framed by the police in fake cases.

“We have received several complaints about induction of apostate members in Chief Khalsa Diwan. So, I have directed the Chief Khalsa Diwan to first produce the application form of any new candidate aspirant of membership in CKD for clearance,” he added.

Giani Harpreet Singh has also directed the Sikh bodies to setup medical shops in every village and town of Punjab for providing low cost medicines to common masses. He has hailed the initiative taken by a Sikh group under name ‘Guru Nanak’s Modikhana’ in Ludhiana.