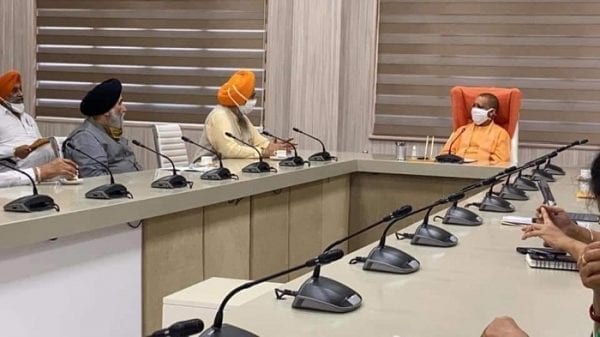 Delegation member Prem Singh Chandumajra informed that UP CM Yogi Adityanath has assured that the UP government will not snatch land from any Sikh farmer. “Yogi has announced that the UP government will now explore options for some other piece of land to establish Armed Forces Center instead of the land being cultivated by the Sikhs in village Champatpur of Bijnore,” Chandumajra said.

He revealed that Yogi Adityanath has also constituted four survey teams to explore the provisions for permanently allotting the proprietorship rights of land to the Sikh farmers that they have been cultivating for the last three generations or seven decades.

Yogi Adityanath has appointed Irrigation Minister Baldev Singh Aulakh as a coordinator of these four survey teams besides directing him to list down other hardships being faced by Sikhs in Uttar Pradesh.

UP government in action to snatch hard-earned land from more than 30,000 Sikh farmers