AMRITSAR SAHIB, Punjab—In another unfortunate incident that occurred today, a holy saroop of Sri Guru Granth Sahib Ji got burnt in Gurdwara Sahib of village Wadala Kalan situated near Baba Bakala (district Amritsar). It is learned that the fire originated due to short-circuit in electrical wires. 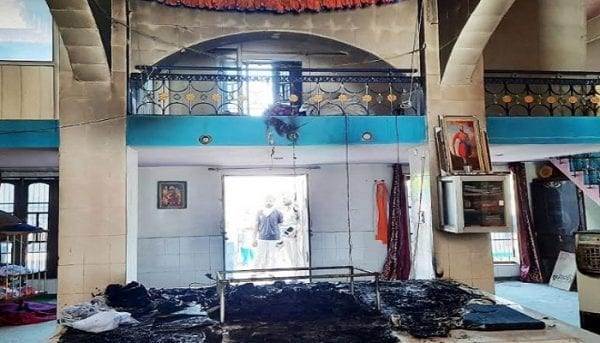 Speaking to Sikh24, Granthi Simranjit Singh informed that he returned back to home after performing Nitnem at 7 am. “At 8:30 am, some children noticed smoke emerging out of Gurdwara Sahib after which they immediately informed President Balbir Singh,” he added.

“When we reached on the spot, holy saroop of Sri Guru Granth Sahib Ji was fully burnt along with Peerha Sahib,” he informed.

Meanwhile, it is learned that the incident has been brought in the notice of Akal Takht authorities.