UP government in action to snatch hard-earned land from more than 30,000 Sikh farmers

CHANDIGARH, Punjab—Amid ongoing coronavirus pandemic, the BJP led Uttar Pradesh government has come in action to snatch hard-earned arable land from more than 30,000 Sikh farmers who have been living in the state for the last three generations. It is learnt that the Uttar Pradesh government sent police to displace these Sikh farmers from about 17 villages of districts Rampur, Bijnaur and Lakhimpur. 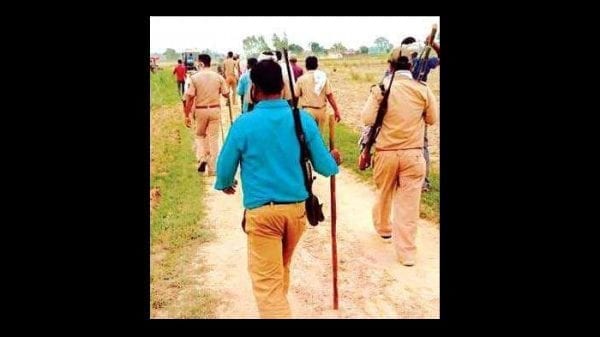 Jasveer Singh Virk, who heads the Sikhs of Uttar Pradesh and Uttarakhand, informed that the UP government sent police cops along with JCB machines to village Champatpur to displace Sikhs on June 3 but they didn’t succeed in their motive. “However, the police party returned back with hundreds of other cops and destroyed Sugarcane crop in several acres of village Champatpur,” he said while adding that all the 300 houses of village Champatpur belong to Sikhs.

“Even the Panchayati land of almost all villages in this area has been under illegal possession of farmers belonging to the majority religion, but the Sikhs are being targeted specifically as UP government intends to build a State Armed Police’s Center here,” he said.

“The police also tried to take over the hard earned land of around 300 Sikh families living in village Ran Nagar but the villagers didn’t let them do so after which a case has been registered against 35 identified and 250 unidentified Sikhs,” he informed.

Virk further informed that the Sikhs have also not been given any compensation for the 3000 acres snatched from them for Guru Nanak Sagar Dam. “Now, around 30,000 Sikh farmers are at the edge of getting devastated in 15 villages of district Rampur only,” he said.

“The UP government is devastating Sikh farmers without any prior notice despite knowing that majority of these farmers have their cases pending in the High Court,” he said.

Virk informed that they even approached the Deputy Commissioners of respective districts appealing them not to displace Sikhs in this tough time but their appeals were rejected.

Jasveer Singh Virk has appealed the worldwide Sikh community to raise voice for these Sikh farmers so that they could be saved from getting displaced from their lands.