CHANDIGARH, Punjab—Congress parliamentarian Ravneet Bittu, who is the grandson of ignominious former Punjab CM Beant “Singh”, has sought ban on Akaal Channel while accusing it of airing the content which can pose threat to national integrity of India. He has leveled allegations of promoting content rich of anti-India intent on Akaal Channel.

Citing a recent interview of former militant Rashpal Singh Chhandra’s son aired by Akaal Channel, Ravneet Bittu has said that the Akaal Channel was trying to incite children of militants to follow the path of their parents.

It is pertinent to note here that Akaal Channel’s host Harpreet Singh Makhu had recently interviewed Bhai Rashpal Singh Chhandra’s son in which he had exposed state excesses on his family. 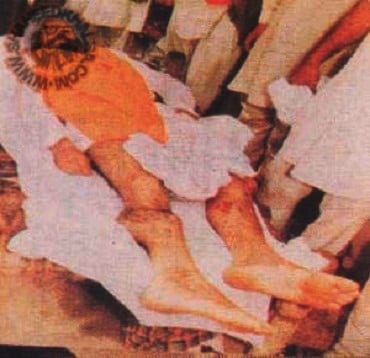 Bhai Rashpal Singh Chhandra was brutally killed by the Punjab police cops in 1992. His skin was burnt using hot metal, his legs were separated from the middle, his eyes were pulled out using hot iron rods by the cops during torture.

However, Ravneet Bittu has tried to justify police brutalities on Bhai Rashpal Singh Chhandra by terming him a “dreaded terrorist” who killed Congress leaders and around 17 migrant workers in Ludhiana.

Meanwhile, renowned Punjabi journalist Simranjot Singh Makkar has said that if Ravneet Bittu has any complaint about the content being aired on Akaal Channel then he should talk to the owner or editor of the channel. “However, banning a channel was against the freedom of speech and expression guaranteed in Article 19(1)(a) of Indian Constitution,” he added.