LONDON, UK—The assailant, who attacked Gurdwara Guru Arjan Dev in Derby,  has come out to be Muslim of Pakistani origin.  The written note left by him in Gurdwara Sahib reveals his disturbed mental condition due to prevailing Indian oppression in Kashmir. 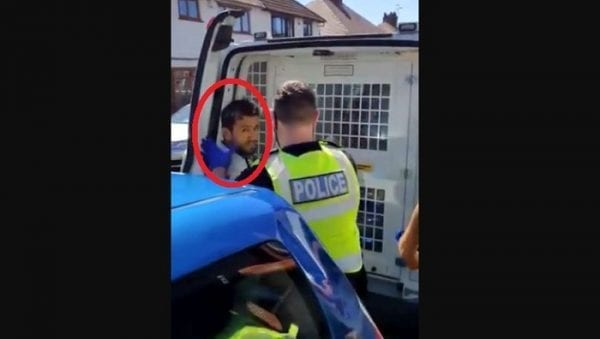 “….Try to help Kashmir people otherwise problem everyone try to understand,” he wrote on a paper besides writing his phone number.

The police cops have refused to disclose his identity, but the local Sikhs have identified him.

Notably, this person smashed the Gurdwara property causing damage worth thousands of pounds.

Meanwhile, the Gurdwara authorities have said that the entire Muslim community can’t be maligned for a mistake committed by a single person or a group of people. The Gurdwara officials have appealed the common masses to refrain from posting anti-Muslim and communal stuff on social media.