CHANDIGARH, Punjab—Unnecessary glorification of Punjab police cops by the Punjab CM Captain Amarinder Singh has made them so much fearless that they have now started physically assaulting the media persons. Although, the India-wide police cops keep on crushing the freedom of speech and expression, but now they have also started brutally thrashing journalists by illegally taking them to Police station. 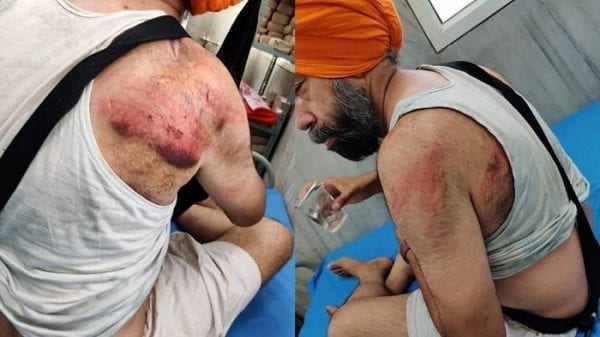 Such an incident has come to fore in Mohali where two police cops namely ASI Om Parkash and Amar Nath forcibly took a Sikh journalist Major Singh to Phase-1 police station of Mohali and brutally thrashed him.

Major Singh works as a correspondent for Rozana Pehredar from Mohali and Chandigarh. He is renowned for his work on Sikh issues.

Available information reveals that Major Singh was seeking Police’s version about the video of a person arrested in relation to a Gurdwara dispute.

The police cops thrashed Major Singh so brutally that he had to admit in a hospital situated in Phase-6 of Mohali.