NEW YORK, USA—The credibility of Covid-19 testing kits has come under questions after the National Health Laboratory in Tanzania confirmed the presence of coronavirus in a sample fluid taken from papaya. This sample was sent to the laboratory by labeling it with a fake name Elizabeth Anne, aged 26 years. 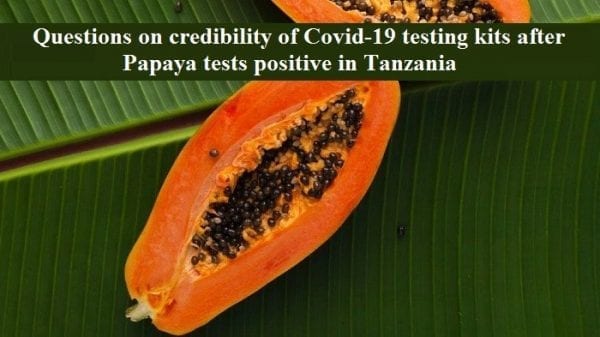 Sharing the development with media, Tanazania’s president John Magufuli informed that he had sent three non-human samples to laboratory for testing out of which papaya tested positive. “I sent vehicle oil, jackfruit and papaya by labeling them under names Jabir Hamza (30), Sara Samweli (45) and Elizabeth Anne (26) respectively,” he added.

Magufuli further informed that the laboratory incharge tested vehicle oil as negative, jackfruit as inconclusive and papaya as positive.

It has come to fore that three other samples taken from a bird, goat, and rabbit were also sent out of which the first two tested positive while the other one was declared indeterminate.

Meanwhile, the Director of Tanzania’s National Health Laboratory and its quality manager have both been suspended.

An investigation committee has been formed to investigate the conduct of the laboratory which will submit its report by May 13.

According to the most recent health ministry figures, which were published last week, the country has 480 confirmed cases of coronavirus, including 167 recoveries and 16 deaths.