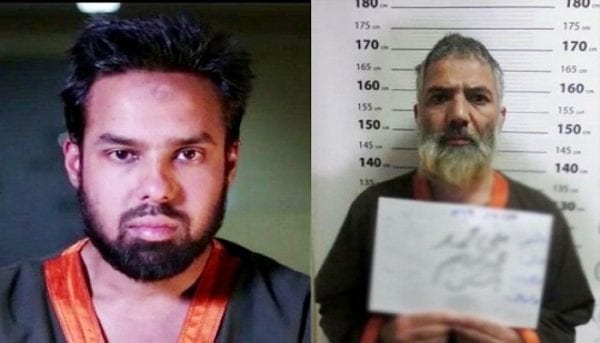 The National Directorate of Security (NDS) of Afghanistan has revealed that Mohammad Tanveer was working as a technology and telecommunication officer for the Islamic State’s Khorasan Province while Mohammad Ali was managing the supply and logistics segment.

A statement released by the NDS reveals that Aslam Farooqi is a resident of the village of Akhundzada village in Orakzai area of ​​Pakistan Agency.

It is noteworthy here that Aslam Farooqui is the chief of Islamic State Khorasan Province. He had plotted the March 25’s suicidal attack on Gurdwara Sri Har Rai Sahib Ji situated in Shor Bazaar of Kabul. In this attack, 25 Sikhs had lost lives while eight others were left injured.

The Afghan Forces had arrested Aslam Farooqui along with 20 other terrorists on April 4 and the reports about his collusion with Pakistan based LeT and Haqqani network had surfaced over mainstream Indian media outlets.