Op/Ed: Can Verka residents be forgiven for disallowing cremation of Nirmal Singh Khalsa? 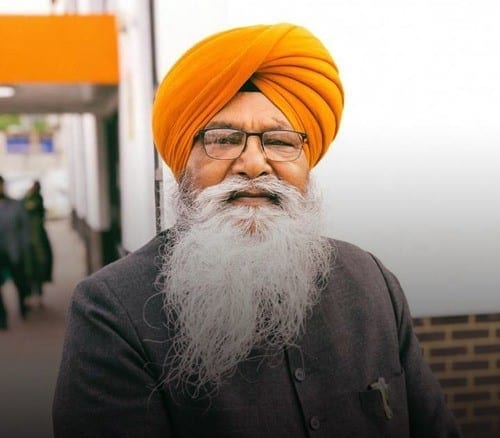 Late night, it came to fore that a local Congress MC Harpal Verka had incited his ward residents to gather outside the village’s crematorium and protest before the administration to stop them from cremating mortal remains of Bhai Nirmal Singh Khalsa.

All this didn’t stop here; Harpal Verka, along with nearby residents, even forced the crematorium incharge to lockdown main gate with two locks.

After this, the administration managed to cremate Nirmal Singh Khalsa’s mortal remains in a secluded land situated on Verka-Fatehgarh Shukarchakk road. 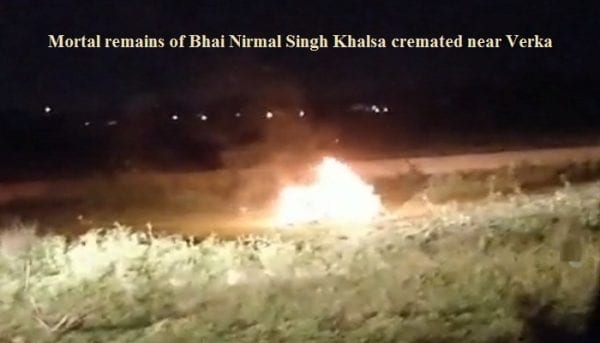 Amid this, not only Sikh community instead entire humanity cursed Verka residents for their immoral approach towards a person who dedicated his whole life in the service of Sikh Panth. Congress MC Harpal Verka drew sharp flak and his photos remained circulating over social media with cursing captions.

Today, Harpal Verka suddenly appeared before media and started clarifying his stance while pretending to be very careful about the lives of people living near crematorium.

He also said that the secluded land, on which Bhai Nirmal Singh Khalsa’s mortal remains were cremated, has been donated by the Verka village authorities and the family members of Khalsa can build a memorial on this land.

He also tried to justify himself as well as Verka residents by claiming that all this was done after taking Khalsa’s son into confidence.

The Sikh community need to thoroughly look into the matter and need to find the answers of questions that arise here:

Meanwhile, it is also coming to fore that the mortal remains of Bhai Nirmal Singh Khalsa were firstly taken to some local crematoriums and the authorities of those crematoriums also didn’t allow administration to perform cremation.

If it’s true then the authorities of these crematoriums also deserve same treatment that the Verka village authorities deserve.