Op/Ed: Can CAA really help the Afghan Sikhs being persecuted in 2020?

The BJP led Indian government had made an amendment to the Citizenship Act -1955 on December 11 last year to help six religious minorities facing persecution or fear of persecution in three Islamic countries Afghanistan, Pakistan and Bangladesh. The six minorities include Hindu, Sikh, Buddhist, Jain, Parsi, and Christian. CAA left behind Muslims who are minorities in India but a majority in Afghanistan, Pakistan and Bangladesh.

The Indian government faced a lot of opposition internally as well as externally for compromising with the secular ethics of the Indian constitution by keeping aside a particular religion in this contentious act. 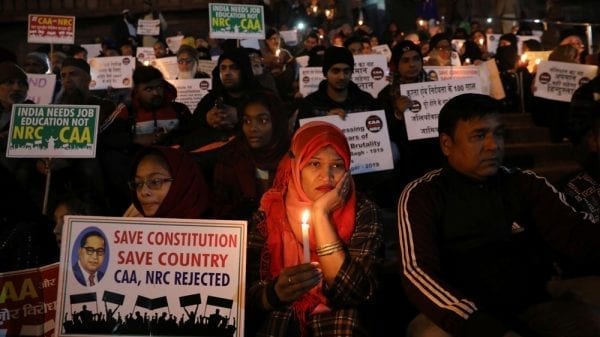 This opposition ultimately led to communal marginalization in India followed by “riots” in Delhi.

Amid this communal marginalization, the Sikh community stood in the back of Muslims by serving langar to the Muslim protesting against CAA + NRC at Shaheen Bagh and openly joining their struggle. All these activities of Sikhs irked the Hindu elements a lot who stand by the legal mesh of CAA+NRC to target Muslims.

These radical Hindu elements started depicting their true colors on social media as soon as the news of the suicidal attack on Afghan Sikhs started surfacing over news portals. Even, BJP parliamentarian Kapil Mishra didn’t refrain from openly trolling the Sikhs for opposing the CAA and serving langar at Shaheen Bagh.

Now, this trolling has become a trend among a large section of the Hindu community and the Sikhs are being cursed for not supporting the CAA.

An impression is being created that the CAA can help Afghan Sikhs in their rehabilitation in India.

In this situation, it becomes necessary to have a thorough insight into the provisions of the Citizenship Amendment Act-2019 to know whether the CAA can really help Afghan Sikhs being persecuted in 2020.

The amendment made to Section 2 of Citizenship Act-1955 reads as:

“Provided that any person belonging to Hindu, Sikh, Buddhist, Jain, Parsi or Christian community from Afghanistan, Bangladesh or Pakistan, who entered into India on or before the 31st day of December 2014 and who has been exempted by the Central Government by or under clause (c) of sub-section (2) of section 3 of the Passport (Entry into India) Act, 1920 or from the application of the provisions of the Foreigners Act, 1946 or any rule or order made thereunder, shall not be treated as illegal migrant for the purposes of this Act.”

This amendment clarifies that only those persons belonging to Hindu, Sikh, Buddhist, Jain, Parsi or Christian community will be considered for citizenship who entered India on or before December 31, 2014.

“…provide for the exemption, either absolutely or on any condition, of any person or class of persons from any provision of such rules.”

So, this provision only speaks of those persons who were allowed to enter India without a passport. It doesn’t specify whether this provision will be applicable to those entering India in 2020.

The CAA also talks of the various provisions of Foreigners Act, 1946 to legitimate the presence of a foreigner in India, but we should not forget here that the Foreigners Act only allows government to legalize presence of foreigners through various means other than citizenship.

To conclude, Afghan Sikhs who will enter India in 2020, will not have any scope to get citizenship under CAA until unless the Indian government extends the date of entry required to be a beneficiary under this act by making another amendment in Section 2 of the Citizenship Act.