CHANDIGARH, Punjab—The Afghan Sikhs living in Kabul are being threatened by the ISIS-K to quit Afghanistan. Notably, the ISIS-K had killed more than two dozen Sikhs and 8 others in a suicidal attack carried out at Gurdwara Sri Guru Har Rai Sahib Ji. 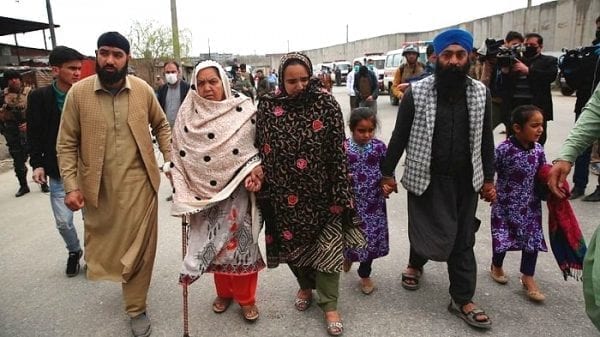 Sharing the development with media, Kabul resident Gurnam Singh and Sarpal Singh informed that a terrorist organization has threatened them to quit Afghanistan within 10 days otherwise all of them will be killed.

They informed that the terrorist organizations are threatening them despite deployment of more than 200 Afghan soldiers around Gurdwara Sri Guru Har Rai Sahib Ji.

After this threatening, the Kabul Sikhs are instructing each other to avoid any movement out of their houses or towards Gurdwara Sri Guru Har Rai Sahib Ji.

The Afghan Sikhs have demanded immediate travel arrangements for their secuare evacuation from Afghanistan without naming any country.