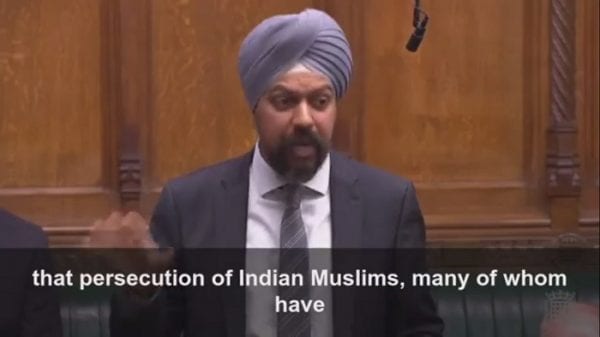 He questioned the UK minister that what message was he sending to his Indian counterpart so that the perpetrators of this violence must feel the full force of the law.

On this, the UK minister said that it’s absolutely essential that they must speak where they believe abuses have taken place.

“We constantly are talking at ministerial and official level with the Government of India about our concerns, in particular, regarding the CAA,” he added.

Organised mob violence against any religious minority, as experienced in #Delhi in 1984 by #Sikhs and now Indian #Muslims, is utterly intolerable.So I asked the Minister, what message is he sending to his counterpart, that the perpetrators of this death and destruction must feel the full force of the law.