NEW DELHI, India—In the wake of firing incidents at Jamia University and Shaheen Bagh in the last seven days, the Dal Khalsa has said that the BJP led Union government is hell bent to smash non-violent protest against CAA through violent means in desperation. 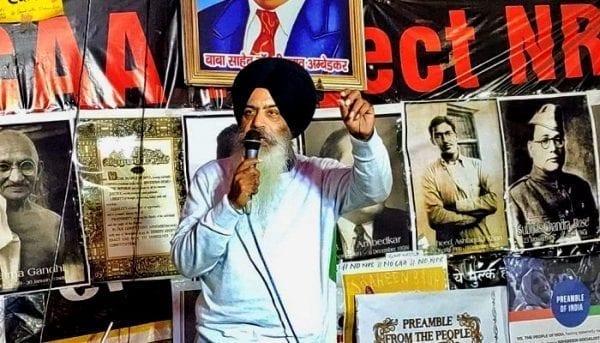 Dal Khalsa spokesman Kanwarpal Singh along with his teammates expressed solidarity with Muslim community by paying visit at Shaheen Bagh where anti-CAA protest has been going on since last 51 days. He warned the BJP government against terrorizing and harming the protesters.

The delegation of the Dal Khalsa also visited Jamia Millia Islamic University and Hauz Rani to join hands with Muslim community in rejecting the CAA combined with NRC.

Terming the new amendments as divisive and discriminative, Kanwar Pal Singh asked the government to withdraw the amendments.

Slamming the Hindutva brigade for stoking communal fire in the country to polarize the society in view of Delhi assembly polls, he said HM Amit Shah was pitting Hindus against Muslims. 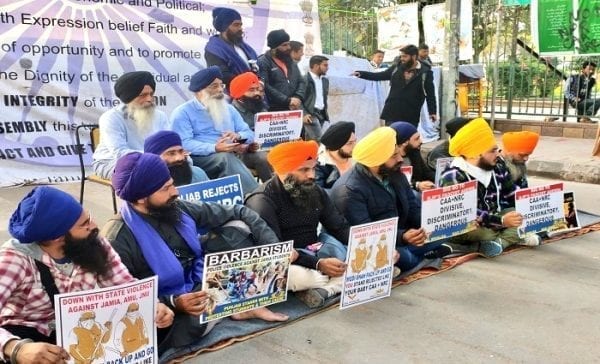 For Amit Shah, Shaheen Bagh has become nightmare as thousands of Muslim women supported by other religion people were spearheading the spirited protest against fascist policies of Modi government.

While referring to firing incident at Jamia in which Kashmiri student was injured, Kanwarpal Singh said by sponsoring violence through non state actor the government has indirectly admitted its moral defeat.

At Hauz Rani protest, venue thousands of women and girls gathered to listen to Sikh leaders. We are here to stand with you and tell you that you weren’t alone at this hour of crisis and to plead for unity among minorities and joint action program to counter Hindutva hegemony.

Slogans to reject CAA and against BJP’s Hindu Rashtra agenda was raised on the occasion.

:dateline:After being removed from the membership of the Aam Aadmi Party in Delhi, Jarnail Singh (Rajouri Garden) gave the following statement - "There has been...
Read more