Home Articles Op/Ed Op/Ed – A Sikh perspective: The UK’s divorce with the European Union
Facebook
Twitter
Pinterest
WhatsApp
A Sikh perspective against Brexit
With Brexit, it’s going to be more difficult for our Sikh brothers and sisters living in continental Europe to fight for their rights and liberties. Sikhs in mainland Europe are less established in the communities and political systems of their respective countries in comparison to Sikhs in the UK. For this reason, Sikhs in mainland Europe had traditionally relied on the support of UK Sikhs to represent them via British politicians in the European Parliament. With the United Kingdom’s divorce with the European Union, Sikhs in Europe have lost a significant amount of political influence in European politics which governs them.
Many Sikhs from mainland Europe, in particular Italy, had taken advantage of the UK’s membership in the European Union and migrated to the UK. I feel that the UK offers the most religious freedom for Sikhs out of all the European countries. In the UK we don’t need to worry about wearing the Kirpan or the Dastaar. It would be unbelievable to think that a child in the UK would be barred from a school or university for wearing a Dastaar or not be allowed to have a front-line job like working in a bank, school, civil service etc because of their visible Sikh identity. The reason for this is that Sikhs in the UK have already faced their challenges to safeguard their rights in the 1970s and 80s.
However, countries like France currently have outright bans on wearing any religious headgear in any government school or public service job. Countries like Denmark do not allow Sikhs to wear the Kirpan (wearing it underneath your clothes is even illegal!). Countries like Belgium and Germany have certain schools which don’t allow children to wear a Dastaar or even keep their heads covered. Most mainland European countries would not allow Sikhs to wear a Dastaar openly or visibly in government jobs.
In short, intolerance towards religion in the name of secularism is increasing in mainland Europe. Some may say this is influenced by the growth in Islamic extremism. However, whatever the causes are, it effects Sikhs living in Europe. Therefore, after attaining citizenship, many European Sikhs have moved to the UK. With this divorce, the chance for Sikhs to move to the UK from mainland Europe decrease. For Sikhs in mainland Europe who don’t want to migrate, there will be more inconvenience for those wishing to visit the UK to meet their relatives or attend Samaagams (religious events).
For Sikhs living in the UK, Brexit has been reported as being a factor for the increase of hate crimes against minorities and the growing voice of white nationalism and intolerance towards those perceived to be a threat to “british-ness”. This has led to a hateful rhetoric towards immigrants and immigration in the UK. As a visibly identifiable minority community in the UK, Sikhs often suffer the brunt of racism and racist attacks. 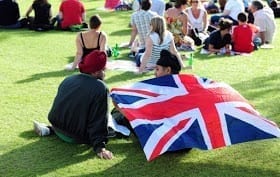 A Sikh perspective for Brexit
European Sikhs are facing the brunt of a growing trend of intolerance towards religion in mainland Europe, from education to work. There is also a growing resistance against looking different in public life. Countries like France don’t accept any ID photo with someone wearing a Dastaar. Also children have been told to remove their Dastaar if they wish to continue studying in school. Sikh legal experts have taken this case to the United Nations. Despite the United Nations direction to France for the right of Sikhs to wear the Dastaar to be safeguarded, the ruling has been ignored by the French government.
The European Parliament is made up of European politicians. Even though the UK was part of the European Parliament, they do not form a majority. Most mainland European countries having little historic ties with Punjab or Sikhs, and having no need for Sikh votes (as Sikhs are a small minority in all European countries and in a lot of places don’t have the right to vote as they are not gained citizenship). Keeping this in mind, there is little or no hope for Sikh interests to be defended by European politicians in the midst of a growing trend against religion being seen in public life.
If the UK remained in the European Union, there would have been a danger that the freedoms that UK Sikhs have achieved in this country would come under threat from intolerant European politicians. A growing threat of radical Islam to Europe has negatively impacted on Sikhs and law-abiding Muslims.

By getting out of the European Union, the UK Sikh voice is likely to become more stronger and the UK’s good-will towards Sikhs and religion in general will likely to either increase without European constraints or at least be safeguarded as it is now.

A large proportion of the UK’s public have lost faith in the integrity of politicians and the political system. People have began questioning the validity and truthfulness of claims made by politicians of both sides of the political argument. Discontent with politicians involved in expense scandals, growing fears of government cuts to essential services, and a desire for making society better than it is, led many to vote Brexit. However, the reality of situation will unfold only with time.

Gurbani teaches us to prepared for the future and have far-sightedness: “…ਦੇ ਲੰਮੀ ਨਦਰਿ ਨਿਹਾਲੀਐ ॥” (“…look ahead to the future with foresight.”). According to Gurbani, far-sightedness comes from spirituality and our connection with the Divine. Gurbani says, “ਸੋ ਪੜਿਆ ਸੋ ਪੰਡਿਤੁ ਬੀਨਾ ਜਿਨੑੀ ਕਮਾਣਾ ਨਾਉ ॥” (“They alone are learned, wise, and scholars, who accumulate the spiritual-wealth through connecting with the Divine.”). There is no greater preparation for the future than grounding ourselves with the spirituality laid in Sri Guru Granth Sahib Ji and remaining ready for the unknown through allowing the Guru’s virtues and glory to shine through our thoughts and actions.

The way forward for European Sikhs is instill Gurmat values and thinking in their children as well as focus on getting their children educated. When young spiritually-strong and educated Gursikhs in different European countries become lawyers, doctors, writers, and journalists, they will be able to express their own narrative to the wider society and respective government. Building links with local communities and host community politicians will create stronger ties. A simple thing like regularly inviting politicians, teachers and police to the Gurdwara, explaining Sikhi to them, sharing Langar with them and having friendly dialogue will build bridges with decision-makers, who then become mindful and respectful of Sikhs.

Hopefully, one day, the young talented Gursikhs of European countries can reach influential positions where they can influence law-makers to safeguard Sikh rights like the pioneering Sikhs did in UK. There is already some young Gursikhs who are active in Europe and made a positive contribution for Sikhs living in their country. Early pioneers for Sikh rights faced many challenges and had to engage in peaceful protests to gain the right to wear the Dastaar on the buses or the right not to wear the helmet. Sikhs got into politics at first as local councillors and then eventually we got to a point where we have a Sikh proudly wearing a Dastaar in parliament. If Europe has young Gursikhs who are strong in their Sikhi, attached to Gurbani and dedicated to Simran,  then their presence and aura will leave a positive effect on those they speak to. It is now time for the European Sikhs to venture out of their communities and engage in the wider community.

Similarly, Sikhs in the UK can continue to help European Sikhs by keeping ties with the embassies of different European countries and continue to provide support to communities in Europe who are struggling with issues. With UK Sikhs history of fighting against racism, equal opportunities and safeguarding of religious articles of faith, we have a wealth of experience and expertise to guide our European brothers and sisters in helping to build a fairer and respectful society for all.