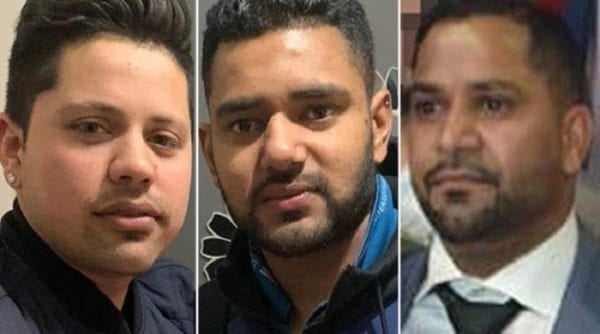 This is the third arrest on suspicion in this case after the two arrests made within 24 hours of the incident.

Out of two men arrested earlier, one man named Gurjeet Singh was remanded in custody to appear at Snaresbrook Crown Court on February 19 after being charged with possessing an offensive weapon in a public place while the other one was eliminated from police inquiries.

“I know that people were present when the attack occurred, I urge them to come forward. This is a dreadful incident that has shocked the local community. I need their help to piece together exactly what happened and the events that led up to it,” said Detective Chief Inspector Paul Considine, who is leading the investigation.

“We do not believe the fatal incident was gang-related as our inquiries around the motive behind the killings remain ongoing,” reiterated the London Metropolitan Police.

Meanwhile, it is learnt that all the men involved worked as local builders in the area and an ongoing dispute is feared to have escalated over the issue of non-payment for some building work.