CHANDIGARH, Punjab—Condemning the recent incident of mob attack on Gurdwara Sri Janam Asthan Nankana Sahib, the SGPC appointed Akal Takht Jathedar Giani Harpreet Singh has said that the Sikhs were not safe in India as well as in Pakistan. He added that the some recent incidents have raised fear in the minds of Sikhs living in India and Pakistan. 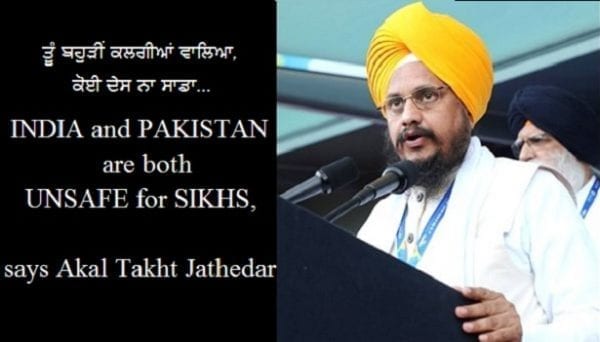 Recalling hardships being faced by Sikhs in India, Giani Harpreet Singh said that the Sikhs are facing eviction in Shillong (Meghalaya) as well as in Madhya Pradesh.

“Similar circumstances are there for Sikhs in Pakistan, where they are receiving death threats. In such a situation, we have no hope of justice from any government. Sikhs should stay united to face these things,” he said.