CHANDIGARH,Punjab—Around five months after filing a closure report on sacrilege cases, the Central Bureau of Investigation (CBI) has reopened three sacrilege cases related to Burj Jawahar Singh and Bargari. It is learnt that six CBI sleuths reached Burj Jawahar Wala on December 3 and recorded statement of six persons including Gora Singh, the granthi of the gurdwara at Burj Jawahar Singh Wala, cashier Pritam Kaur, one Ranjit Singh and three other villagers. 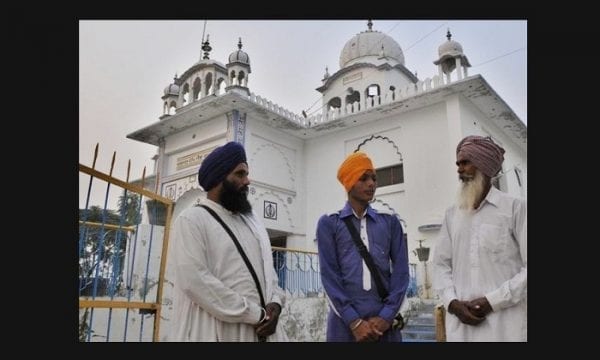 It is noteworthy here that the Central Bureau of Investigation (CBI) had filed a closure report in sacrilege cases on July 4 in three cases pertaining to the sacrilege of Sri Guru Granth Sahib Ji. Later, the Punjab CM Captain Amarinder Singh has nullified the CBI’s closure report.

On being approached by media, Gora Singh informed that the CBI team repeated all those questions which were asked by different investigating agencies and judicial commissions in the past four years.

While an SIT of the Punjab Police had nominated three followers of Dera Sacha Sauda: Mohinder Pal Bittu (who was killed in Nabha Jail on June 22 this year), Sukhjinder Singh and Shakti Singh, the filing of the closure report by the CBI in this case had led to a lot of political uproar.

In this political and religious upheaval over the sacrilege incidents and the filing of the closure report by the CBI, in August this year, the agency had taken a U-turn and approached the CBI Special Court in Mohali, saying it wanted to carry on the probe in these three cases.