CHANDIGARH, Punjab—Commenting on the U-turn taken by the Indian government about commuting death sentence of Bhai Balwant Singh Rajoana, the SGPC appointed acting Akal Takht Jathedar Giani Harpreet Singh has said that the dubious face of the Indian government towards Sikhs has once again come to fore. 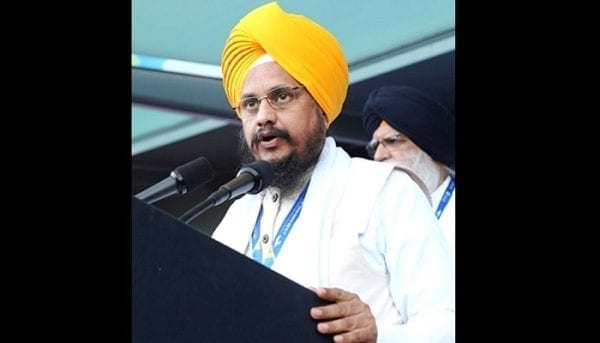 Giani Harpreet Singh has once again directed the SGPC and Shiromani Akali Dal to boost efforts for the pardon of Bhai Balwant Singh Rajoana.