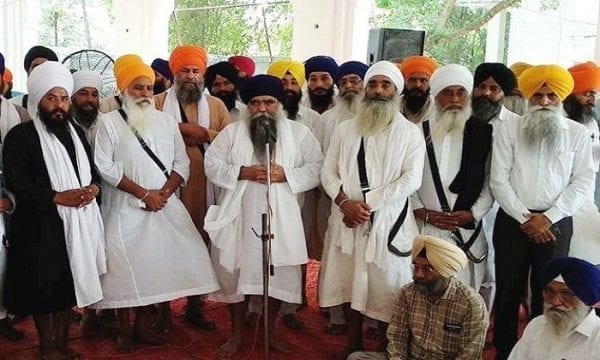 Baba Harnam Singh Dhumma has said that the BJP has started following the same track as of Congress in betraying Sikhs. He added that the Union Home Minister’s U-turn has made the Sikhs feel as second class citizen of India.

“Bhai Balwant Singh Rajoana has already spent more than 23 years in jail without any parole, so he deserves an unconditional release, but the BJP government has also started humiliating Sikh community like Congress,” said Baba Dhumma while asking the SGPC, Shiromani Akali Dal and Sikh community take this Indian government’s betrayal seriously.