NEW DELHI, India—On November 29, the Special Investigation Team constituted to re-probe 186 cases pertaining to the 1984 Sikh genocide has completed its investigation. The Supreme Court of India took on record the confidential report filed by SIT. 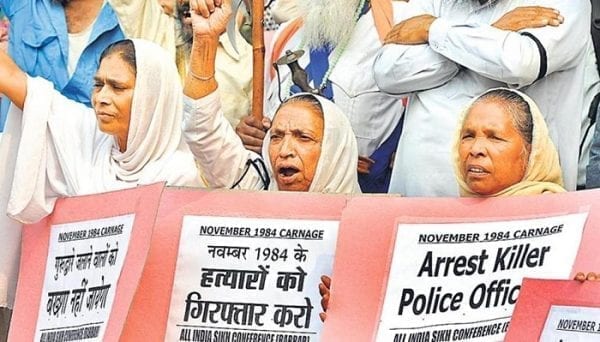 Notably, the Supreme Court of India had constituted this Special Investigation Team in January last year to probe these 186 cases which were earlier closed by the respective probe teams.

The former Delhi High Court Judge S.N. Dhingra was chosen to spearhead this SIT. Initially, three members were appointed in this SIT but one of the SIT member named Rajdeep Singh had refused to be a part of this SIT. Later, the SC had given permission to the SIT to work with two members namely Judge S.N. Dhingra and IPS officer Abhishek Dular.

The Supreme Court’s move has come in response to a petition moved by a genocide victim Gurlad Singh Kahlon.

Pinky Anand, the additional solicitor general of India, submitted this report to the Supreme Court bench in a sealed cover and requested the Court to discharge the SIT members.

Appearing for victims, senior counsel HS Phoolka opposed the request to disband the SIT before the court examines the SIT report. He also asked for a copy of the report to be supplied to him.