CHANDIGARH, Punjab—Political Sikh prisoner Bhai Shabeg Singh has been released from Patiala jail today. He was serving a life sentence in a case registered under FIR No. 22/95 on 13-02-1995 under sections 302,380,392 and 120-B of Indian Penal Code in the police station of East Chandigarh. 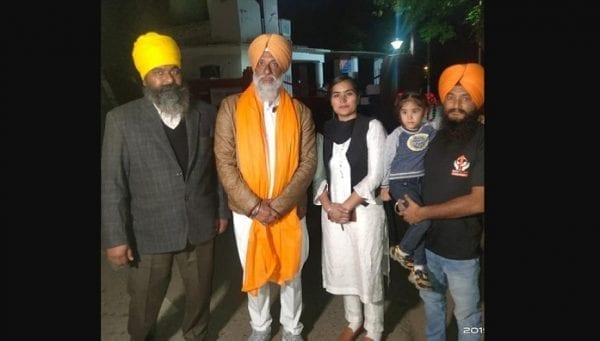 In another case registered in the Police station of Sector-34, he was acquitted by the Court.

His release could become possible after 25 years of imprisonment which is a quite keen long period.

Bhai Parminder Singh Amloh along with Jaswinder Singh Anandpur and Advocate Bibi Kulwinder Kaur received Bhai Shabeg Singh outside the jail on his release this evening.