CHANDIGARH, Punjab—Contrary to the claims being made by the Indian media, the count of Sikh pilgrims visiting  Gurdwara Sri Kartarpur Sahib via Kartarpur corridor is gradually increasing with time. As per the media reports, around 1800 Sikh pilgrims from India have scheduled their visit on coming Sunday i.e. on November 24. 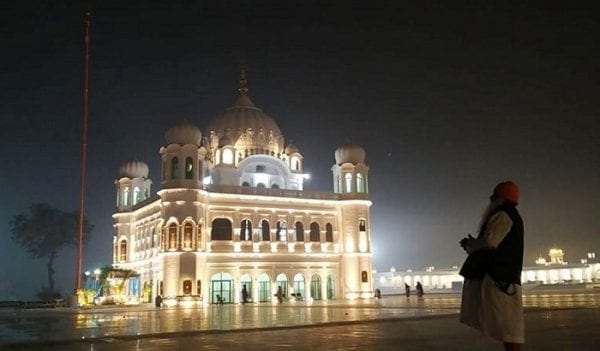 The pattern of Sikh pilgrims thronging Gurdwara Sri Kartarpur Sahib was observed as following during the last five days:

Although all the Sikhs are aspirant of paying obeisance at Gurdwara Sri Kartarpur Sahib at least once in their lives, but a majority of Sikhs are not being able to visit Kartarpur due to lack of a passport.

Rayya based Jatinderpal Singh told Sikh24 that he was willing to celebrate the 550th Parkash Purab at Gurdwara Sri Kartarpur Sahib on November 12 but couldn’t go there as he couldn’t get his passport ready at time. “Now, I have my passport and am planning to schedule my pilgrimage next month during winter vacations,” he added.

A large number of such Sikhs could also be observed in Punjab who possess Passports but their validity has expired.

A such Sikh Jagjit Singh told Sikh24 that he couldn’t get his passport renewed on time that is why he couldn’t celebrate the 550th Parkash Purab at Gurdwara Sri Kartarpur Sahib. “The application for renewal of my passport is under process and I will apply for pilgrimage to Kartarpur Sahib as soon as I get renewed passport,” he said.

Beside it, there are large number of Sikhs who are unable to begin process for their pilgrimage to Gurdwara Sri Kartarpur Sahib due to different reasons like lack of education to fulfill legal requirements, insufficiency of funds to pay entry fee and other conveyance charges, negativity spread by Indian media about Pakistan’s visa stamping etc.

With the beginning of Kartarpur pilgrimage, cyber café owners in India have also started making money by charging hefty amounts from the innocent Sikhs to apply for their pilgrimage.

However, the Punjab government has now opened doors of e-Sewa Kendras (service facilitation centers) for the devotees wanting to use Kartarpur corridor. The registration form of the aspiring pilgrim is filled here free-of-cost.