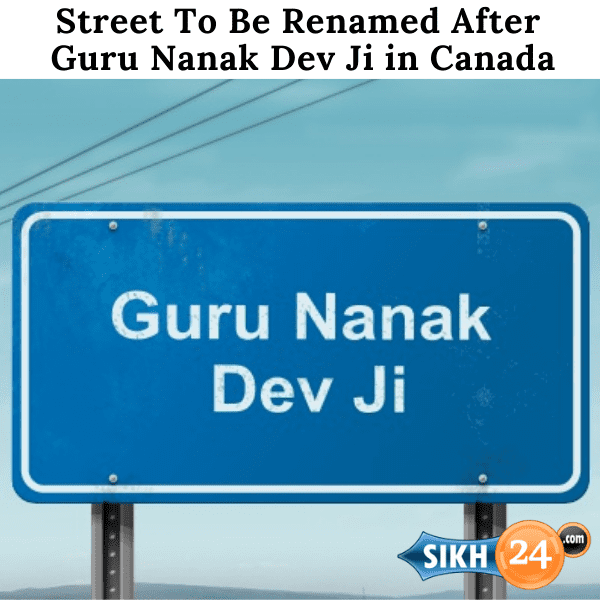 BRAMPTON, ON, Canada—The 550th Prakash Purab (birthday) of Sri Guru Nanak Dev Ji is not being celebrated in Punjab only but in all corners of the world.

The Brampton city council in Canada has unanimously decided to rename a road on the name of Sri Guru Nanak Dev Ji.

A regional councillor Gurpreet Singh Dhillon and city counsellor Harkirat Singh had presented this resolution for renaming the road situated in a suburb of Brampton. Peter Robertson Boulevard’s section between Dixie Road and Great Lakes will be renamed after Guru Nanak Dev Ji.

In official documents, will read the name of this road as ‘Guru Nanak Street’ or ‘Guru Nanak’.

Gurpreet Singh Dhillon told Sikh24 that Brampton is home to a large Sikh population. He added that Canada is a country with cultural diversity and people belonging to different religions, ethnicities and castes live here with unity and harmony.

Mr Dhillon further told that after the approval to get the road renamed, other initiatives would be taken to celebrate Guru Nanak Dev Ji’s Prakash Purab.