Even after six months, no effort on SGPC’s behalf to save demolished Darshani Deodi

CHANDIGARH, Punjab—Exactly six months ago, an attempt was made to demolish around two centuries old historic Darshani Deodi of Gurdwara Sri Tarn Taran Sahib during the evening hours of March 30. The Kaar Sewa sect headed by Baba Jagtar Singh had planned this demolition despite protest by the Sikh sangat and without taking permission of the concerned Gurdwara Sahib’s manager. 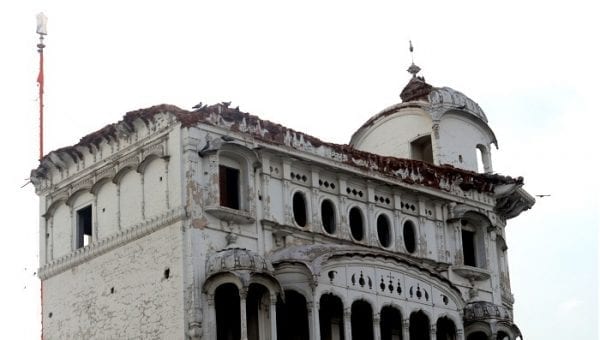 Following this incident, a sharp outrage had erupted among common Sikh masses and the SGPC as well as Baba Jagtar Singh came under fire. However, the SGPC cleverly emerged out of this by presenting an uncirculated resolution against the demolition of this historic Darshani Deodi and by accusing Baba Jagtar Singh of acting without the permission of Gurdwara Sahib’s manager.

On June 7, the SAD (Amritsar) president Simranjit Singh Mann directed Karam Singh Bhoian to quit this sit-in-strike while signifying a change in strategy.

On being contacted by Sikh24, Karam Singh Bhoian said that he had launched a peaceful agitation at the behest of party high command and when they asked me to quit, I quitted. “It is true that we couldn’t force the administration to take action against the SGPC as well as Baba Jagtar Singh because the duo have kept their safe sides very cleverly,” he added while accusing the like-minded organizations of not supporting his struggle.

Amritsar based SAD (Amritsar) leader Pritpal Singh informed that they have approached the Punjab & Haryana High Court seeking criminal indictment of Baba Jagtar Singh and the SGPC officials. “On the directions of High Court, we have lodged a fresh complaint to the SSP, Tarn Taran two weeks ago and a copy of this complaint has been submitted in the Court,” he added.

He further informed that the SSP has marked an inquiry into this case to the DSP (City), Tarn Taran. “The DSP (City) had promised us to take action within a week, but now it is learnt that he has been transferred,” he added.

What SGPC did on this issue?

The Shiromani Gurdwara Parbandhik Committee had announced to reconstruct the demolished part of the historic Darshani Deodi in the last of May month.

The SGPC even called upon meetings of its 11 member Heritage Committee but all these meetings were used to get cancelled or deferred before a day or two and the members of SGPC’s heritage committee couldn’t ever chalk out any strategy to revive the traditional look of this historic Darshani Deodi.

Currently, the Kaar Sewa sect headed by Baba Jagtar Singh is working without any hindrance wherever it was allocated Kaar Sewa by the SGPC. Donation boxes could be serenely observed installed in all such Sikh shrines including Gurdwara Ber Sahib, Sultanpur Lodhi. 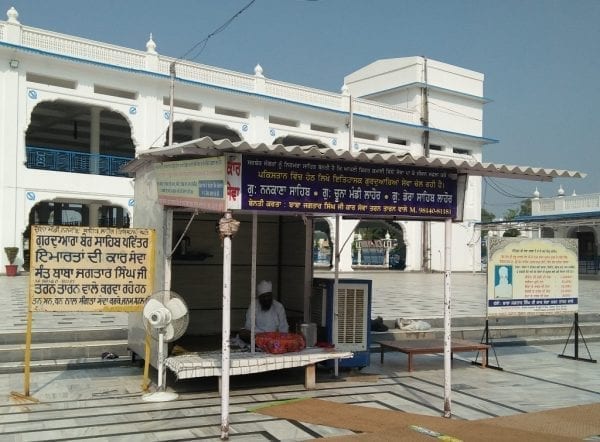 Sukhraj Singh, a local Sikh of Tarn Taran, said that the SGPC and Baba Jagtar Singh had demolished this historic Darshani Deodi with mutual understanding. “The SGPC will never take action against Baba Jagtar Singh as the duo have been serving each other’s material interests from a long time and expecting a spiritual decision from the SGPC is like expecting milk from a bull,” he added.

Gurpreet Singh, another local, said that Baba Jagtar Singh is a highly influential personality in Tarn Taran so expecting action against him on administration’s behalf is a totally wrong expectation. “The rain water kept on pouring in from the upper demolished part of this historic Darshani Deodi during the whole Monsoon season. This will ultimately put an adverse effect on the health of this two century old building but the SGPC still doesn’t seem serious to protect this great sample of Sikh architecture,” he added.