HOUSTON, Texas—A Quadragenarian Sikh American named  Sandeep Singh Dhaliwal has lost life while serving as a deputy in the Harris County for about 10 years. He was ruthlessly fired upon multiple times by a man while being deployed at a traffic stop in Houston. 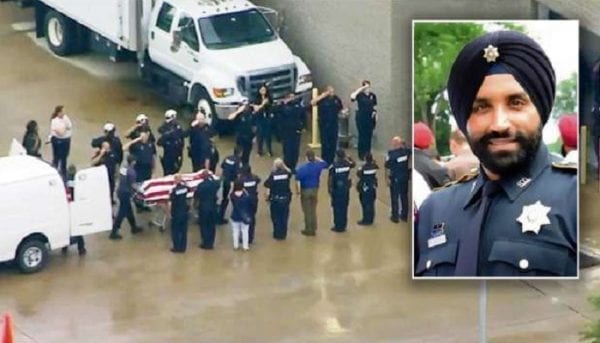 Sandeep Singh Dhaliwal is survived by his wife and three children.

It is pertinent to note here that Sandeep Singh Dhaliwal was the first police officer in Texas to serve while keeping his Sikh articles of faith, including a turban and beard.

The incident occurred when Sandeep Singh Dhaliwal stopped a vehicle with a man and woman inside and one of them got out and shot him at least twice. After shooting Mr. Dhaliwal, the shooter ran to a nearby shopping center.

Meanwhile, it is learnt that the investigators have succeeded in arresting the shooter as well as the woman after identifying their look from the footage of Dhaliwal’s Dashcam. 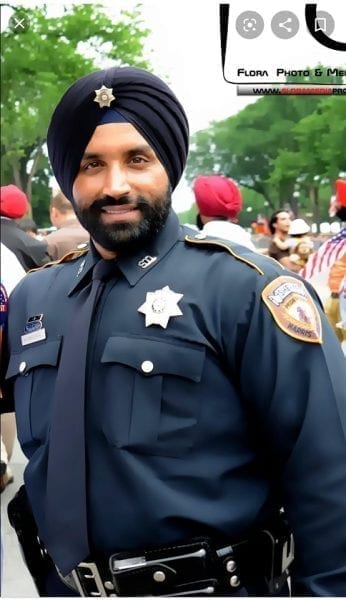 “Deputy Sandeep Dhaliwal was a trailblazer. He was an example for many. He represented his community with respect and pride,” said Commissioner Adrian Garcia.

A senior official Sheriff Ed Gonzalez said that Dhaliwal was known to everybody as someone with a giving heart. “Post (Hurricane) Harvey, when we needed the help most, he brought an 18-wheeler of people that he gathered together, that came all the way from California to deliver goods to our community,” he added. 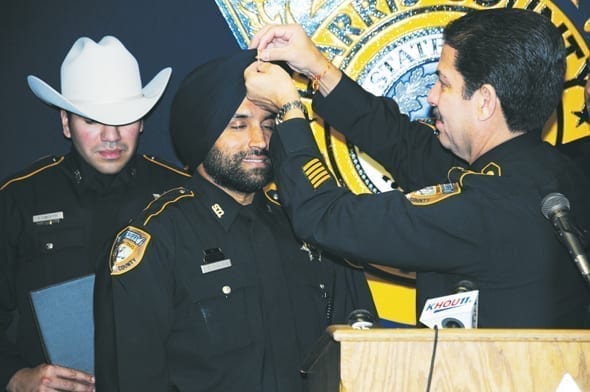 Since 2015, Dhaliwal was the history-making police officer in Texas to serve while keeping his Sikh articles of faith. He was allowed to wear the turban and beard while patrolling the streets in order to bolster cultural diversity.

With this policy, one of the largest sheriff’s offices in the country had affirmed that a person does not have to choose between their faith and a career of service. Since 9/11, mis-perceptions about Sikhs’ religiously mandated turbans and beards have led to an increase in discrimination against the community.

Policy changes like that at the Harris County Sheriff Office and other law enforcement agencies across the country aim to combat this stigma while also giving qualified men and women a chance to serve the community.

Dhaliwal also worked with United Sikhs, a global humanitarian relief and advocacy non-profit, to help organize the donation of truckloads of supplies after Harvey.