LAHORE, Punjab—On September 2, the Pakistan PM Imran Khan announced to launch multiple entry and visa-on-arrival facility for the Sikh pilgrims (Indian as well as NRI) aspirant of paying obeisance at the historic Sikh shrines situated in Pakistan. Beside it, he also announced that his government will provide maximum possible facilities to the Sikh pilgrims. 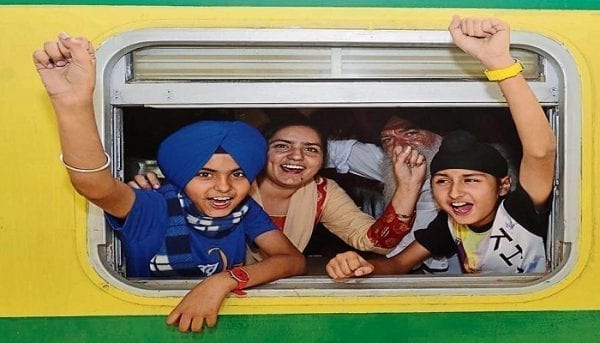 Addressing the International Sikh convention at the Governor House in Lahore on September 2, Imran Khan assured the attendees that the Sikh pilgrims will be issued multiple entry visas. “We will also give you the facility of visas at airport,” he added.

“Kartarpur is your Madina and Nankana Sahib is your Makkah. We (Muslims) can’t even imagine someone keeping us away from Makkah or Madina. This is a new visa regime so there may some obstacles initially, but we will facilitate you fully,” said Imran Khan.

Sikhs from all over the world along with Punjab Governor Chaudhry Sarwar, federal and provincial cabinet members attended this Sikh convention hosted at the Governor House in Lahore on September 2.

September 2 was the last day of this convention which began on August 31 on the initiative of the Punjab Governor aimed at inviting suggestions regarding preparations for the 550th birth anniversary celebrations of Sri Guru Nanak Dev Ji, the founder of Sikhism, at Gurdwara Sri Kartarpur Sahib in November this year.