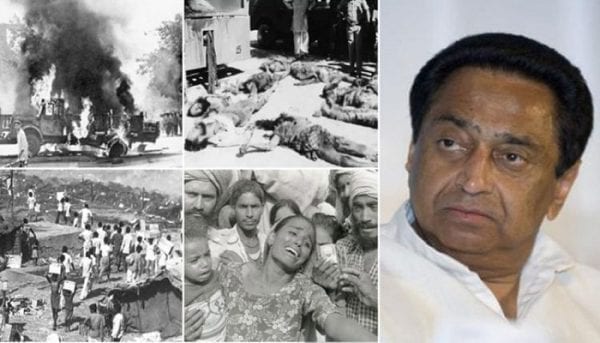 This information has been shared by the DSGMC Manjinder Singh Sirsa at a press conference in Delhi today.

Sirsa said that he had demanded an inquiry against Kamal Nath from the then Union Home Minister via Akali parliamentarian Harsimrat Kaur Badal and by writing a letter in December 2018 in this concern.

He disclosed that the police had filed a charge sheet against the five accused, but Kamal Nath was deliberately excluded from this case. Sirsa said that it is also a matter of tragedy that all the five accused were living in the residence of Kamal Nath.

“A report published by a journalist named Sanjay Suri in ‘The Indian Express’ on November 2, 1984 He said that, regarding the presence and role of Kamal Nath in this case,” he said.

Apart from this, a DSGMC employee Mukhtiar Singh also deposed against Kamal Nath but the Gandhi clan has been shielding him for the last 35 years.