CHANDIGARH, Punjab—In a clear snub to SGPC appointed acting jathedar of Akal Takht Giani Harpreet Singh for terming June 6 as black day, the Dal Khalsa said in reality it was the day of resistance that shook Sikhs out of slumber and put them on the course of struggle for independence of Punjab. 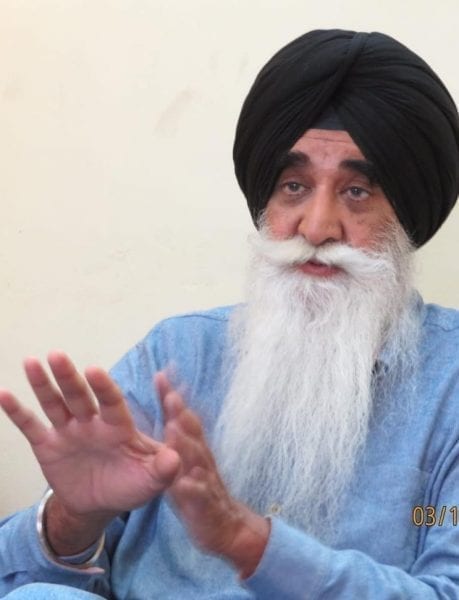 On June 6 1984, the then Indian government ordered its army to storm Darbar sahib on the pretext to capture Sikh freedom fighters residing inside complex. Standing up against the attack with exemplary bravery, Sikhs fought pitched battle with Indian forces till the last breath and tasted martyrdom, said party head Harpal Singh Cheema.

“We can call June 6 as Resistance Day or Martyrs Day or Ghallughara day but not black day”, said leader of the pro-freedom group.

By terming it a black day, the Jathedar wittingly or otherwise has nullified the spirit behind the setting-up of memorial in memory of June 84 martyrs near Akal Takht, observed Cheema.

On a demand raised by Damdami Taksal with Gaini Harpreet Singh to bestow the title of ‘Panth Rattan’ on Sant Jarnail Singh Bhindranwale, the Dal Khalsa leader said the previous Akal Takht Jathedar had bestowed the same title of Fakhr-e-Qaum Panth Rattan on Parkash Badal few years ago. Martyrs of the faith don’t require any other title as Martyrdom itself is a highest title.  Moreover, Akal Takht has bestowed the title of ‘great martyr’ on him.

He asserted the Martyrs Memorial dedicated to Sant Bhindranwale and his associates was the highest honor bestowed on them by the Panth.

He pointed out that Sant Bhaindranwale was a valiant warrior, who lived for Panth and died for the Panth. “Damdami Taksal should not ask for the title that has been given to a corrupt and controversial politician too,” he added.