Editor’s Note: The following letter was sent to the President of the SGPC, Prof. Kirpal Singh Badungar.  Sikh24 is re-publishing it online for the benefit of our readers.  For background information, please refer to this post and this.

I, as a Sikh have always grown up with Sikhi values and traditions & have believed in keeping utmost belief in supremacy of Sri Akal Takht, faith in Guru-shabd and paid obeisance to the Harimandir Sahib since childhood. I write this with grief and utter dismay that as a young member of the community and believer of the Sikh tradition, I am perturbed by the issue of display of liquor/tobacco advertisements on LED screen at the Heritage screen outside the sanctum sanctorum Sri Harimandir Sahib in Amritsar.

Your esteemed organization has been formed after several sacrifices of our Sikh ancestors where they had shed their blood and sweat to give the organization its present form. The organization of SGPC is not only entrusted with the management of the holy shrines but I may safely assume that it also has the rights and responsibilities to act as frontrunner of Sikh interests and voice for matters concerning the community at various local, national or international issues.

With several communities, organizations, countries and activists voicing their concerns to combat the issue of alcoholism, this matter, if not tackled at the earliest will give a setback to it. I would like to bring this to your notice that certain Supreme Court directions and legislations by many state governments of India are also being tried to be put into place for ban on liquor/tobacco to discourage this menace.

Needless to mention, Sikh traditions in its magnanimity and wisdom have always advocated against liquor/tobacco and intoxicating substances and Sikh leaders have led movements from the front to uproot this menace from Punjab.  Unfortunately, the state of Punjab has been marred by the use of drugs by the youth and alcohol has become the status symbol for the society at large. If these types of advertisements are displayed at such prominent places, we will never be able to succeed in our efforts to make the state drug free and lest we forget, displaying such advertisement endorsing liquor/tobacco, that too outside the Harimandir Sahib is outrageous and unacceptable in any form whatsoever.

By the way of this representation, I request you to kindly take the lead, let us know that who is the governing authority which controls the content of the LED screen (previously Kirtan from the Harimandir Sahib used to be telecasted on the same screen which now hosted the advertisement of liquor/tobacco) and initiate proper action against the erring authorities.

Respected President Sahib, let us remind ourselves that the community has public spirited citizens and Panth Dardis who are deeply shocked by this gruesome incident and if this is not nipped in the bud, it would lead to continuance of hurting of Sikh sentiments.

I am a law student based out of Delhi and if this matter is not taken up by you within the next 10  days of the receipt of this letter, we will be forced to believe that your esteemed organization, in which we have rock strong trust, has deliberately failed to uphold the interests of the community and is acting negligently by dereliction of its moral responsibility and we, the acommon Sikh student, along with the assistance of Panth Dardis and concerned Sikh citizens/organization will have to explore legal remedies for tackling the same. Hence, I request you to kindly initiate action against the erring authority/department so that this does not happen again as it may not only cause a serious setback to the tourism of the city but also amounts to hurting of Sikh sentiments and conveys a wrong message to the Diaspora living abroad as well. Please make an enquiry as to who is the erring authority so that the issue could be resolved at the earliest. I hope you will take this letter in a positive spirit and take swift action. 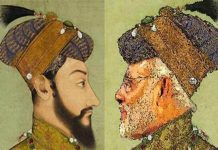 Open Letter: If not Aurangzeb then what shall we call you? 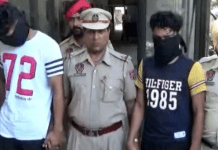 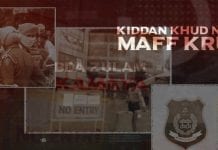