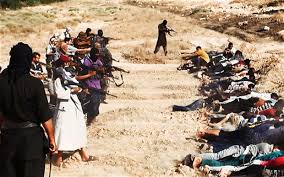 CHANDIGARH, Punjab—Punjab government has decided to bear the expenses for bringing stranded Punjabi youths back safely.  More than 200 are reported to be stuck in Iraq for various reasons.

An official spokesperson of the government said today that Punjab Chief Minister, Parkash Badal, has also decided that the state government would compensate the distressed families for the phone calls made to that country and bear the entire expenditure of bringing the trapped persons back to their homes safe and sound.

He said, “Mr. Badal has conveyed the whole matter to the External Affairs Ministry in order to ensure the safe and prompt return of Punjabi men.”

“Badal is in regular touch with the Union External Affairs Ministry over this issue and [is] making efforts of evacuation of Punjabis from Iraq, regardless of possessing valid travel documents/immigration papers,” the spokesperson added.

The statement released by the officials to press further read, “expressing satisfaction over the initiatives taken by the Union Government to ensure the return of Punjabis from Iraq, the Chief Minister hoped that these efforts would help in saving precious lives. The Punjab Government had yesterday submitted a detailed report on more than 200 Punjabis stranded in Iraq to the External Affairs Ministry.”