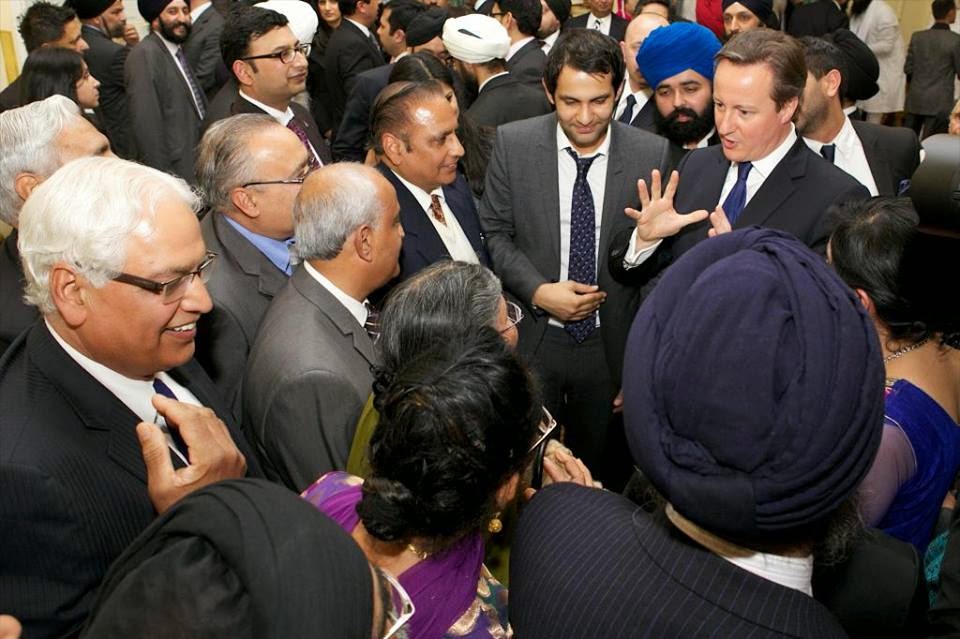 There was a range of individuals this year, from Members of Parliment, (MPs), Prospective MPs, representatives from various Sikh organizations, and gurdwaras, Sikhs who run small, to large, businesses, prominent people in the Sikh community, and individuals that have been working with various political parties, or charities.
Due to the release of the 1984 documents which showed that the British Government had sent a Special Air Service (SAS) officer to India who advised the Indian Government of a possible way to attack Sri Harmandir Sahib, the Golden Temple, Lord Singh from the Network of Sikh Organization(NSO) asked for Sikhs to boycott this years Vaisakhi reception.
On Monday morning, Lord Singh and I discussed this issue on BBC Asian Network Radio which can be heard  at http://share-inspiration.blogspot.co.uk/2014/04/bbc-asian-network-radio-discussion-on.html
On BBCAsianNetwork re communication vs boycotting Downing Street Vaisakhi Reception (7 March 2013)
Watch this video on YouTube.
Although I agree that the truth behind 1984 has to be addressed, and that Sikhs as a nation deserve justice for the attack on Sri Harmandir Sahib, and the following operations such as Black Thunder, Shudi Karan and Woodrose, (just to name a few) which were set up to specifically target the Sikh community using violence, rape, burning alive, torture and  other techniques; I also believe that communication is key to getting the truth, and getting justice for those who died, and those who are still suffering today.
Without communicating with our own Government how do we get this justice? If we are constantly on the outside working in are we going to be able to influence policy? Would it not be better to communicate with politicians and ministers?
Politicians are voted into Parliament to influence policy. So there are two things we can do to influence policy in favor of issues that are close to our hearts. Firstly we can put up our own candidates to fight parliamentary elections, either independently or from within political parties. Secondly work with the politicians already in these positions, and have them fight our cause. In an ideal world, we would be doing both. Boycotting such an event would not have sent a clear message that we are not happy. This current Government has at least commissioned a report into the British involvement of Operation Blue Star. This is not enough, in my opinion, but it is a start. We now need to continue this open dialogue with all political parties, and ensure some kind on international inquiry can be set up. A few individuals think I ‘sold out’ the Sikh nation by attending this event, but I disagree with this point. Being a keen Conservative activist, I feel that I am able to speak with MPs and those who can make a difference by being active within the political scene. It also shows MPs, and the hierarchy of a political party, that you plan to work with them rather than against them on this issue. But this is just my opinion. I believe that communication is key. Communication breaks down barriers, it opens doors, allows collaboration and of course gets results. 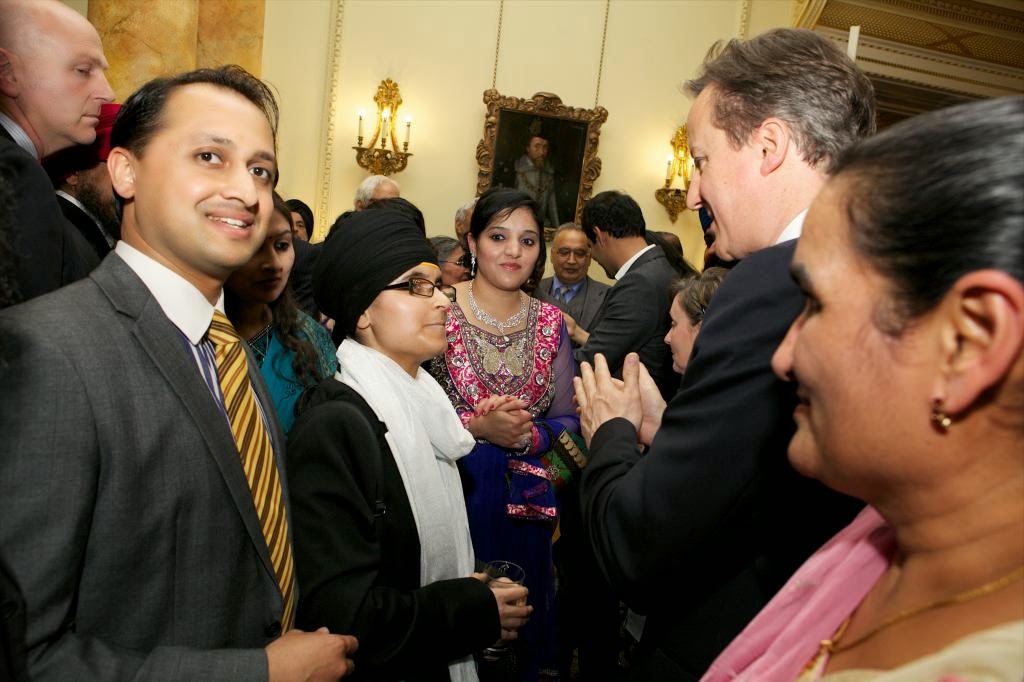