El Sobrante, CA—On the heels of allegations of sexual affairs between employees of El Sobrante Gurdwara and the ensuing cover up, Sangat again rallied to demand transparency from the Gurdwara committee this past Sunday. People wanted to know the truth but the ex-president of the Gurdwara, Gurbachan Singh, dealt with this issue and the selection of a new committee behind the scenes—but sangat wanted it to be transparent, open and honest.

El Sobrante Gurdwara is controlled by 5 Gursikhs called the “Panj Singh” or “Governing Body” who then hand over day to day operations to a committee, including the President. Normally, the Panj are selected by a quorum of applicants.

Gurbachan Singh’s term was set to expire this month and a new Panj was to be formed to select a new committee. Some say Gurbachan Singh was afraid of his reputation being effected by his cover up the employee mischief and their subsequent firings. Others say he wanted the Gurdwara to be controlled by people who support him. Whatever the case, it is clear that many feel his group was afraid of losing power.

Earlier this month, when the time came to pick the new Panj, the sangat submitted more than fifty-five nominations for the new Panj to the Committee. But the committee made excuses, saying that the applications were incomplete and they discarded more than three quarters of them.

“They should not have been on plain pieces of paper,” said one committee member.

According to our research, this may not be a valid reason for disqualification because in the By-laws of the Gurdwara, it is stated that applicants are allowed to submit requests to the Panj Singh on a plain piece of paper. Regardless, the meeting to choose the Panj was never formally called and Gurbachan Singh hand-picked the Governing Body from his associates—including non amritdharis. This was a violation of the by-laws and goes against Sikh practices.

Many at the Gurdwara feel the applications were simply discarded without any consideration at all, whether they were correctly filled or not.

The Panj then took it upon themselves to install a new committee, after again rejecting 95% of over 120 applications for committee members, including 10 youth, without any sangat input. The committee was announced on July 15th. Normally the Panj would call each applicant and interview them, but they did not do so. At a meeting, the sangat asked them to stop their selection process. The Panj agreed and left, but they came back at night and picked the committee behind closed doors.

Along with two other youth applicants, Tanisha Kaur Sandhu approached the Panj at an early morning meeting and asked for the applications in order to see what was wrong with them. The new Panj refused to produce the applications.

“If mistakes were made at all on the applications, why not show them to us to confirm it? Tell us what we did wrong. These are educated youth, how do we not know how to fill out an application? Why were we not called to say ‘hey you didn’t write your address’ or ‘hey you made a mistake here?’ Nowhere in the bylaws does it say to reject applicants based on mistakes made on the applications,” Tanisha Kaur said.

One of the committee members that was chosen was Prem Singh. When he was confronted at the Gurdwara, he admitted he did not fill out an application and was not interviewed.

This past Sunday, July 22nd, Harpeet Singh Sandhu, Tanisha’s father and a widely respected member of the community, got up to the podium in the main hall to lodge a formal complaint and let the sangat know that the bylaws were not followed and the new committee was selected in an illegal process. He made a case for why the committee should not be allowed to move forward. Harpreet Singh asked how people got on the committee who had not filled out applications, while those who had followed the process were rejected without consideration.

Following this, Kulwant Singh, the new committee’s President, got up and thanked Harpreet Singh for his opinion, side-stepped the questions, and said that the committee is already set, there is no room for negotiation.

“The Sangat deserves to know what is going on behind closed doors,” said Tanisha, explaining why her father had to speak out.

While Kulwant Singh was speaking, one of the new Panj members was recording people in the sangat having discussions on the issue. One sangat member asked him to stop recording and that is when things got heated.

About fifty members of the sangat reacted and ran to them to break up the argument. It escalated into a pushing and shoving match inside the darbar hall and eventually leading outside. Darshan Singh, one of the new panj, forcefully pushed Amar Singh Malhi to the ground and proceeded to beat him.

When the fight broke out, the Head Granthi Makhan Singh immediately did Sukhasan and took Guru Sahib’s saroop up to sachkhand.

Meanwhile, Darshan Singh removed Amar Singh’s Dastar and slammed him against the wall so hard, even people on other floors of the large Gurdwara reported hearing it. Witnesses say that Amar Singh had only been privately complaining before this fight, without any provocation. After Amar Singh was on the floor, Darshan Singh tried to flee the scene and the sangat attempted to apprehend him. Once the fight moved outside, the Granthis did parkash again and Bhai Parpal “Soorma” Singh did keertan and kathaa trying to get people to calm down.

One individual was hurt during the altercation, he later told the police that Darshan Singh had allegedly cut him on the forehead with his small kirpan. The victim had a two inch gash and was bleeding. This is a gross violation of Sikh tenets and beliefs regarding proper use and respect of the Kirpan.

The Contra Costa County Sherriff and ambulances came after the injured victim dialed 911. Darshan Singh was arrested but according to reports, he was later released on bail.

The Sherriff’s deputies came into the main hall briefly with their shoes on and made an announcement that everyone should “put your shoes on and go home.”

The Sherriff’s deputies said that public safety came first over religious belief. They effectively shut down the Gurdwara, even those eating langar, had to walk out with their plates in their hands.

One of the youth applicants commented, “It’s sad that all of this is going on at the Gurdwara Sahib. This past committee has neglected to follow the by-laws written out for picking the panj singh and committee. They have illegally and forcefully hand selected individuals in the five Singhs and the committee, some of which are relatives of theirs. They have rejected the rights of the sangat and have ignored the voice of the youth.”

The new committee and Panj seemed to be acting contrary to the bylaws of the Gurdwara. This case will now most likely go to court and waste the sangat’s money. The Youth and opposition tried very hard over the last few months to work with Gurbachan Singh and his committee, but they would not cooperate.

“It is shameful that such a small faction has chosen to put their own self-interests and personal egos ahead of doing that which is in the best interest of the sangat as a whole. I’m sad to say that it may take a judge’s decree to remove these individuals from power since they have so egregiously violated the by-laws time and time again and refuse to step down.” said one concerned member of the sangat who asked not to be named.

“Unfortunately, it will likely take several months for it to work itself out and in the process unnecessarily consume thousands of dollars spent on litigation. But in the end, everyone needs to remain calm and be mindful of the fact that this is a house of worship, one where we come to serve Guru Sahib, not ourselves,” he continued.

YouTube video from the general body meeting a few weeks ago: 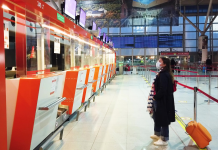